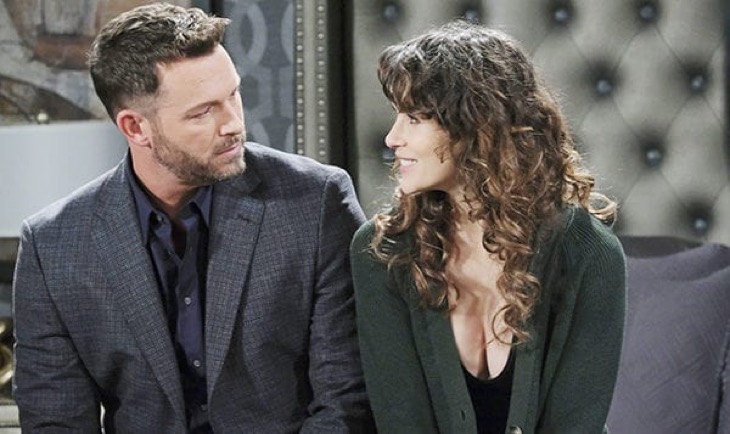 NBC Days of Our Lives spoilers and updates indicate that Brady Black (Eric Martsolf) is going full-steam ahead with his plan. In addition to destroying Victor Kiriakis (John Aniston), he also wants to stick it to Xander Cook Kiriakis (Paul Telfer). He does that by using Sarah Horton (Linsey Godfrey). He could shove her right off the edge. Does he just view her as collateral damage?

DOOL spoilers reveal that Brady has a plan to get revenge on Victor. He masterminded the baby switch. He also allowed Brady and Kristen DiMera (Stacy Haiduk) to believe for an entire year that their daughter was dead. Brady is understandably angry and is determined to make his grandfather suffer.

Victor isn’t the only person that Brady is furious with, though. He also holds Xander accountable for his part in the baby swap. He is taking every opportunity to stick it to Salem’s bad boy. However, his quest for revenge could end up having unintended consequences.

Days of Our Lives spoilers reveal that Brady field Sarah’s fire. She already hates Xander with a passion. Brady uses this to his advantage by telling her about Xander helping Kristen steal her unborn baby when she tried to get an abortion.

Brady’s plan works and Sarah is even more furious. However, he also ripped open a wound and poured salt on it. Could this push her over the edge? It seems possible, especially since it is teased that Sarah’s rage continues to escalate.

Days of Our Lives Spoilers: Sarah Horton Pushed Too Far?

Brady and Sarah are all about revenge right now. Sarah unleashes her rage on a hospitalized Victor. She is also willing to help Brady get justice for their pain. They can’t see past their rage and as everyone knows, angry people are dangerous people.

However, there are hints that she could be pushed over the edge. People are becoming concerned. Even Dr. Marlena Evans (Deidre Hall) tries to reason with Sarah. The psychiatrist urges the grieving mother that she’s teetering on dangerous territory.

But is it already too late? Will Sarah end up going too far and will it be all Brady’s fault? Will he even care what happens to Sarah? After all, Brady’s only concern right now is payback. We will have to keep watching the NBC soap opera to see what happens next with this storyline.