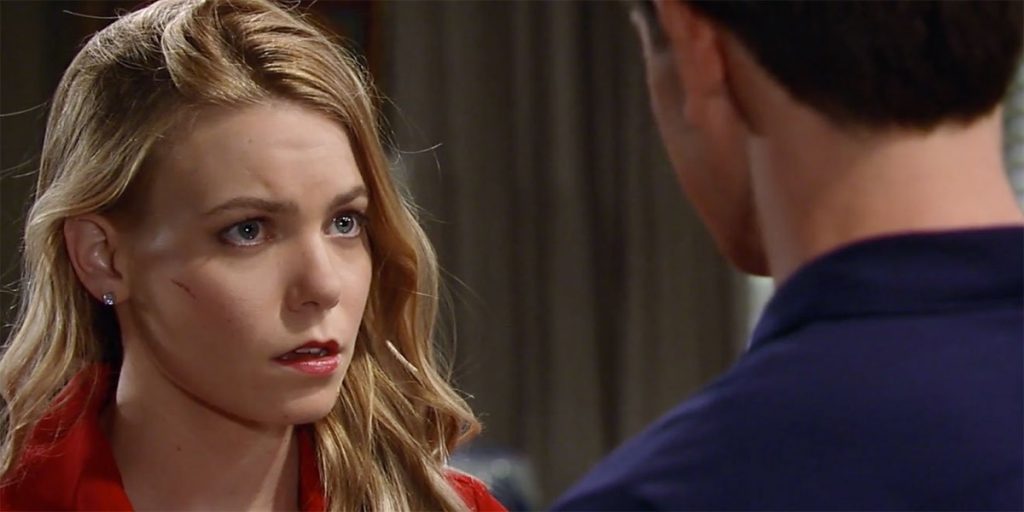 General Hospital spoilers tease that Nelle Benson (Chloe Lanier) surely didn’t waste her time when she was sitting behind bars in Pentonville. That’s because the mischievous and certainly very manipulative villain was plotting her next move. And now that she has her freedom back, you better believe that she is about to stir some major trouble. Here’s what you need to know.

General Hospital Spoilers: Nelle Benson Is Plotting Her Next Move

Now that Nelle is back on the streets of Port Charles, she has a few things in mind that she wants to do. And one of them is to reunite with her ex-boyfriend, Michael Corinthos (Chad Duell). Little does Michael know that his son with Nelle is actually well and alive and that the little tot is actually Baby Wiley. In Nelle’s mind, she wants her little happy family to be back together again and is willing to do whatever it takes to make it happen.

According to actress Chloe Lanier, who plays Nelle on the hit ABC soap, says that for her character, all she wants is what she doesn’t have: and that’s a loving family by her side. That’s not so much to ask for, right?

The actress explains it this way, “Nelle’s quest is about having a loving husband who can take care of her – because no one’s ever taken care of her before – and giving her child everything, he will ever want. The most important thing for her is having two loving parents for her baby.”

General Hospital Spoilers: Will Nelle Accomplish All Of Her Goals?

With that said, getting Michael back is definitely on Nelle’s to-do list, however far-fetched, that may sound. Of course, there are other people who are going to be very worried about Michael, including Jason Morgan (Steve Burton) who not only knows what Nelle is capable of but senses that she’s already up to some major trouble.

If that weren’t enough, reuniting with Michael isn’t Nelle’s only goal. She also wants to have her baby back in her arms, and permanently, too. In other words, Nelle’s got a lot of work ahead of her. Whether or not she will accomplish all of her goals remains to be seen. General Hospital fans will have to tune in to find out what will happen next!