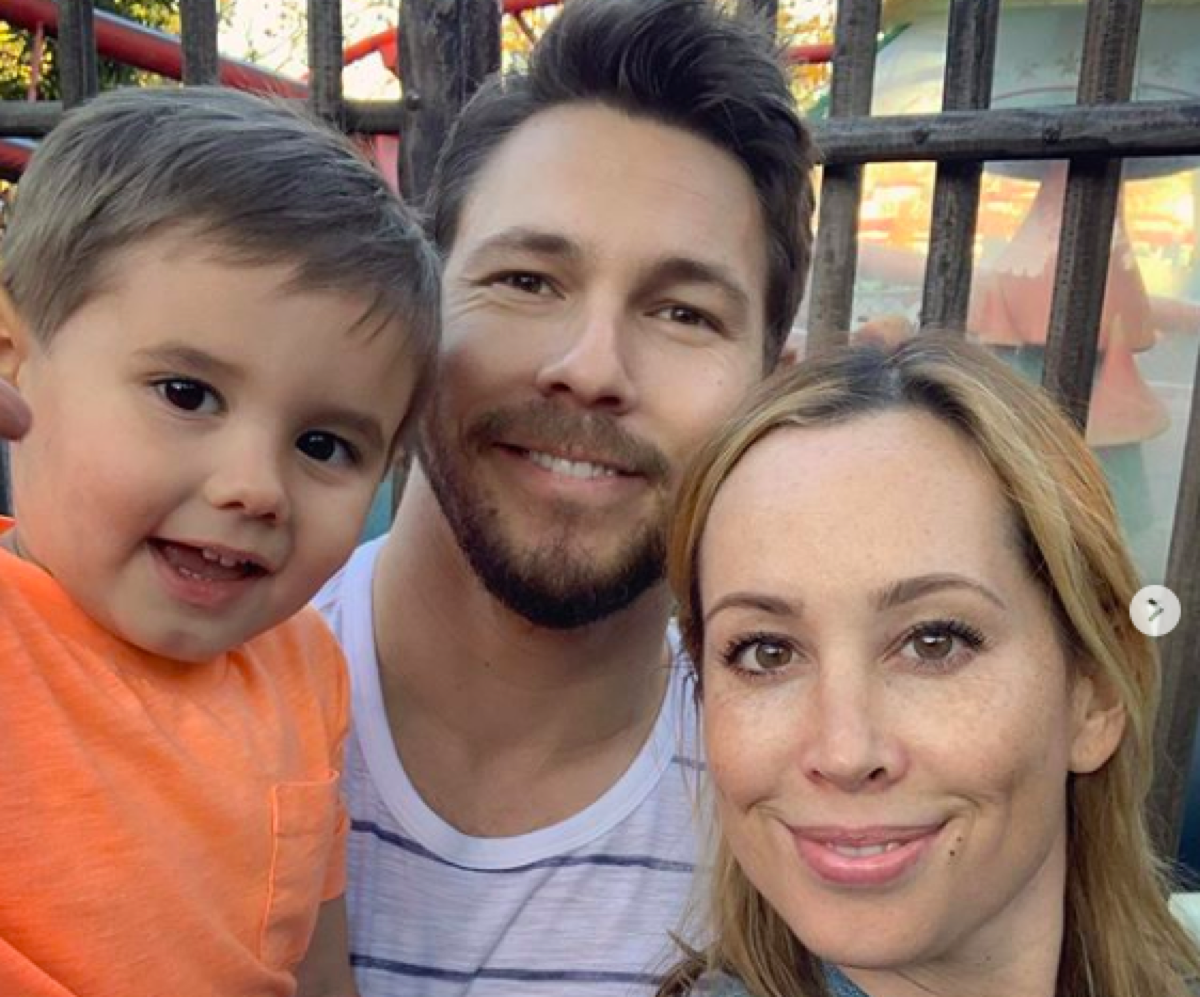 On The Bold and the Beautiful Scott Clifton (Liam) is dad to two daughters, but in real life the talented actor spends time with his little boy who happens to be a dead ringer for his dad.

You need to check out Scott’s Instagram to see what I mean—his son is basically his twin in smaller clothes! Adorable little Ford Clifton has inherited his dad’s handsome face and expressions as you’ll see on the many pics Scott has shared with his fans.

The Bold and the Beautiful spoilers — Ford and Scott Clifton look like twins!

In one pic the father and son duo ham it up at Disneyland and you can tell by the looks of things that Ford has inherited Scott’s acting gene. Both are mugging for the camera with Sleeping Beauty’s castle in the background in a pic cutely captioned, “Ford’s first trip to #Disneyland (part 1)! Basically the only legitimate reason to have children is to take them here. #livingvicariously.”

Fans agree that the acorn didn’t fall far from the tree where this father-son duo is concerned, writing, “Beautiful family- your son looks so much like you 👍🏼,” and, “How wonderful. He’s a real mini you Clifton. 😘.”

The Bold and the Beautiful spoilers – What in the world is next for Liam on B&B?

There’s no doubt that Scott is living the good life with his family in real life. But we can’t say the same about his character on B&B, Liam Spencer.

Fans have given the character the nickname The Waffler because of his tendency to walk back his decisions especially where his love life is concerned, and at the moment he is waffling between Steffy (Jaqueline MacInnes Wood) and Hope (Annika Noelle) again.

Who will he pick this time around? Be sure to tune in, because with February sweeps in play, the answer to this eternal question may surprise you!