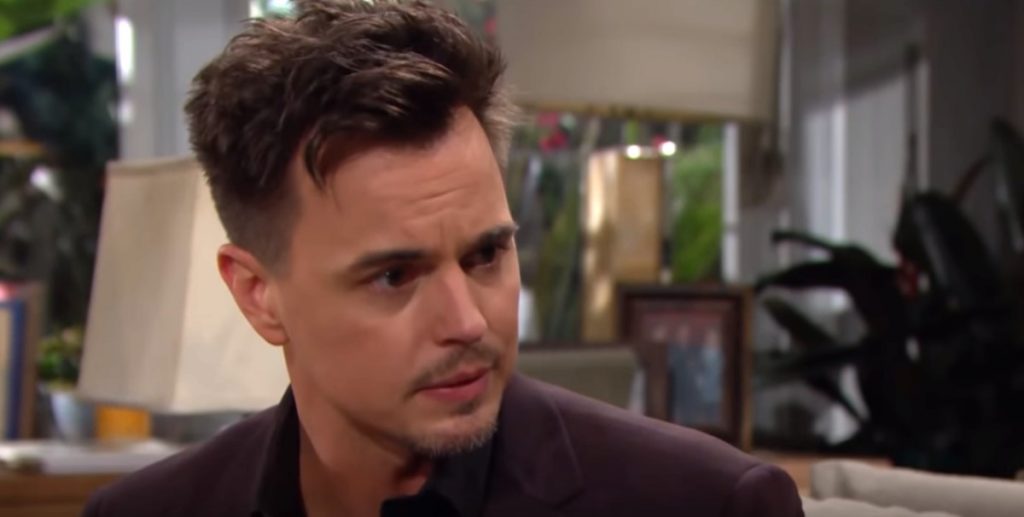 The Bold and the Beautiful spoilers reveal Wyatt Spencer (Darin Brooks) sneaks away from Sally Spectra (Courtney Hope). He runs to see Flo Fulton (Katrina Bowden). If they aren’t careful, then Sally is going to see them together.

Will she spot them sharing a kiss? If so, then the dying designer is going to believe Wyatt’s cheating. This will make her heartbroken and furious. How will he explain his actions?

The Bold and the Beautiful Spoilers – Wyatt Spencer’s Romantic Scheme

B&B spoilers reveal Wyatt is continuing making Sally believe that he wants to be with her and no one else. What she doesn’t realize is that it’s a romantic plan so she doesn’t spend her last days on Earth alone. So far, it’s working and Sally is thrilled to be back with the man she loves.

Sally was heartbroken when Wyatt dumped her for the second time. In both instances, she was replaced with his high school sweetheart, Flo. She was suspicious when Wyatt came back a third time and begged her to take him back. But eventually, she took him back, not realizing that he doesn’t plan on giving up Flo.

The Bold and the Beautiful Spoilers – Good Intentions, Bad Idea

If the designer ever learns the truth about Wyatt’s heart, she will be furious and heartbroken. She doesn’t want a pity relationship. The Bold and the Beautiful spoilers reveal it’s not about feeling sorry for Sally. Wyatt’s intentions are to support Sally as she succumbs to her illness.

Despite Wyatt and Flo having good intentions, this is a horrible idea for so many reasons. Not only will Sally be hurt yet again, what about Flo? She sits at home and thinks about Wyatt getting cozy with another woman. Plus, there is the chance that Sally could somehow survive. If this happens, how will Wyatt handle that?

It is revealed that Wyatt will sneak off to see Flo but has a lot of guilt about it. Now, what if one of these days, Sally happens to see Wyatt and Flo together? What if they kiss and Sally happens to see it? Not knowing the truth, Sally will believe her man is cheating on her.

This could open up a big can of worms. If this happens, does Wyatt confess the truth? Or does he keep on pretending and let Flo be the target of Sally’s rage?

General Hospital Spoilers: Willow Attempts To Clear The Air – Reassures Chase She’s Not Breaking Up With Him