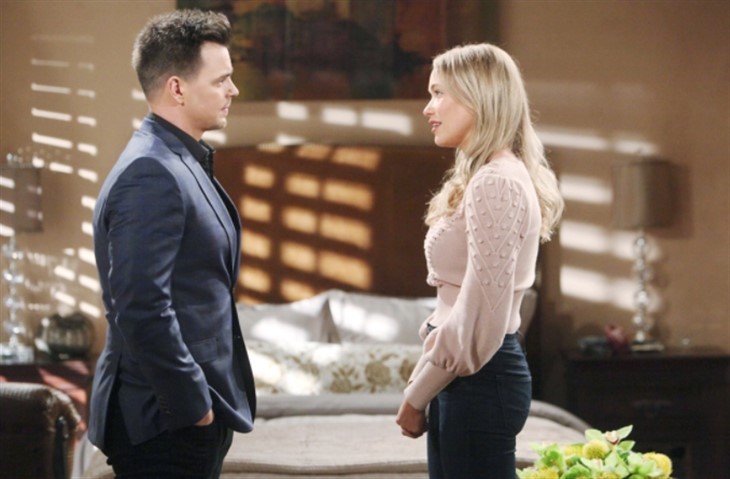 CBS The Bold and the Beautiful spoilers reveal that when Quinn Forrester (Rena Sofer) and Shauna Fulton’s (Denise Richards) scheme is exposed, more relationships will be tested. When the truth comes out, Wyatt Spencer (Darin Brooks) and Flo Fulton (Katrina Bowden) will get into a conflict. They each defend their own mothers and fight over who is really to blame.

The Bold And The Beautiful Spoilers  – Love Scheme Finally Exposed

B&B spoilers reveal that this week, we are finally going to see Quinn and Shauna’s scheme be exposed to everyone. Katie Logan (Heather Tom) has already taken the big step of telling Ridge Forrester (Thorsten Kaye) what she overheard. He plans on confronting Shauna about it, but she beats him to the punch by calling and confessing everything. Shauna then informs Quinn that Ridge knows the truth, which has the master manipulator full of rage.

However, defeating Brooke Logan Forrester (Katherine Kelly Lang) will be the least of her worries when Eric Forrester (John McCook) finds out what his wife has been up to.

The Bold And Beautiful Spoilers: Eric Enraged Over Quinn’s Deception, Has He Finally Had Enough?

Quinn explodes at Shauna when she finds out that the scheme is out in the open. Even though Quinn kept insisting she was doing this for her best friend, she was really doing it for herself. She just wanted to destroy Brooke so much that she didn’t think about what would happen if anyone found out the truth. Even though Quinn and Shauna have been best friends for many years, these two might turn into enemies.

The Bold And The Beautiful Spoilers – Flo Fulton Defends Her Mother

The Bold and the Beautiful spoilers reveal that Flo will most likely defend her mother’s part in the scheme. Shauna and Flo have a very close relationship, so the young woman won’t think twice about sticking up for her mom. At the same time, Shauna will get a verbal lashing from her daughter for participating in such a cruel and elaborate scheme.

As for Wyatt, he knows exactly what his mother is capable of. Even though she will be shocked and disappointed in Quinn, Wyatt is also loyal to his mother. When Flo starts bashing Quinn for roping Shauna into this scheme, Wyatt will stand up for his mom. As accusations fly and blame is shifted, Wyatt and Flo will end up having their relationship tested.

The Bold And The Beautiful Comings And Goings: Surprise Homecoming And New Troublemakerhttps://t.co/Beq5I8CcoN

The Bold And The Beautiful (B&B) Spoilers: More Shockers For Thomas –…