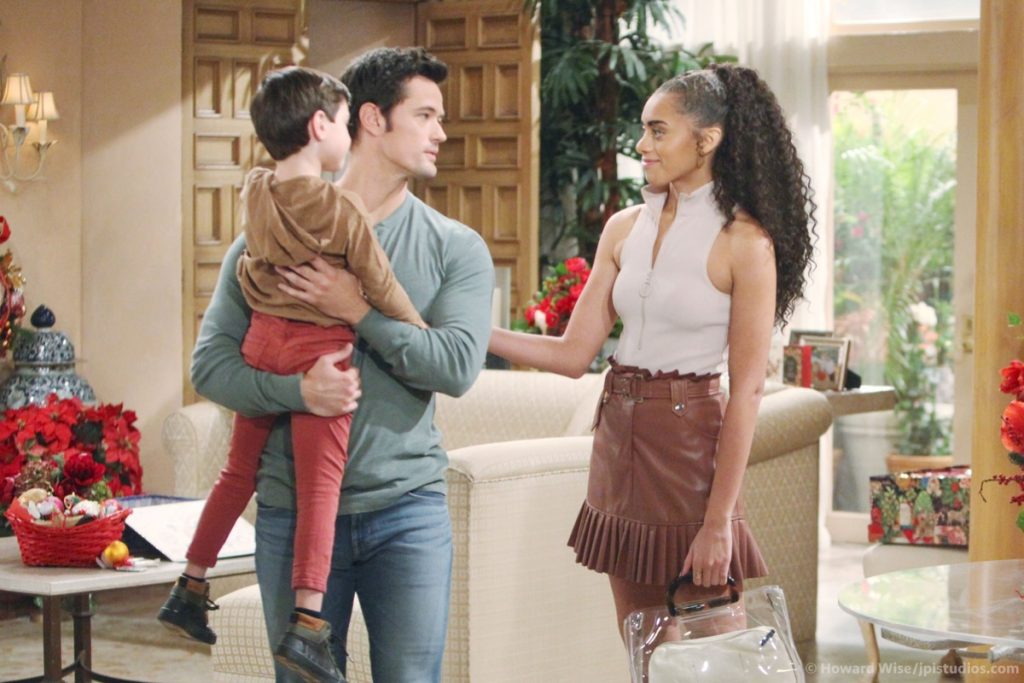 The Bold and the Beautiful (B&B) spoilers tease that Zoe Buckingham (Kiara Barnes) is falling in love with Thomas Forrester (Matthew Atkinson) but he may not feel the same way. If he decides to toss her aside, she may develop a crazy obsession with him, and it could get dangerous.

Thomas cares for Zoe but it seems like he is still in love Hope Logan (Annika Noelle). If he cannot let Hope go, he won’t be able to open his heart up to Zoe. And, the spoilers suggest that Zoe will refuse to lose Thomas and she is prepared to fight for him. Here’s what’s coming up on B&B.

While Thomas really cares for Zoe, he isn’t in love with her. He is using her to make Hope jealous, which did not work. Hope is happy Thomas moved on and encouraged him to see Zoe more.

Zoe doesn’t see that Thomas is only using her. She wants to believe that he has moved on from Hope and he is ready for a relationship with her. However, when she discovers he was only using her, Zoe might not be so nice. She could turn dangerous, not only to Thomas but Hope too.

Bold And The Beautiful Spoilers: Will Zoe Buckingham Get Dangerous?

Zoe has never shown any signs that she could be dangerous, but love has a way of bringing it out in women. Nothing gets a woman angrier than a man that sets her aside and disregards her feelings.

During the week of January 6, Thomas and Zoe will make love, which will only add to Zoe’s attachment to him. Thomas might even try to tell her that he isn’t interested in a relationship with her. Perhaps, he tells her he is still in love with Hope. At any rate, Zoe learns Thomas was playing games and she will not be happy about it.

What Zoe does next will stun the B&B viewers. Thomas will be put in danger and someone will have to save his life. It sounds like this could be how the writers will redeem Thomas for the Beth ordeal.

Do you think Zoe will get dangerous with Thomas? Don’t forget to come back for more The Bold and the Beautiful (B&B) spoilers, news, and casting updates!