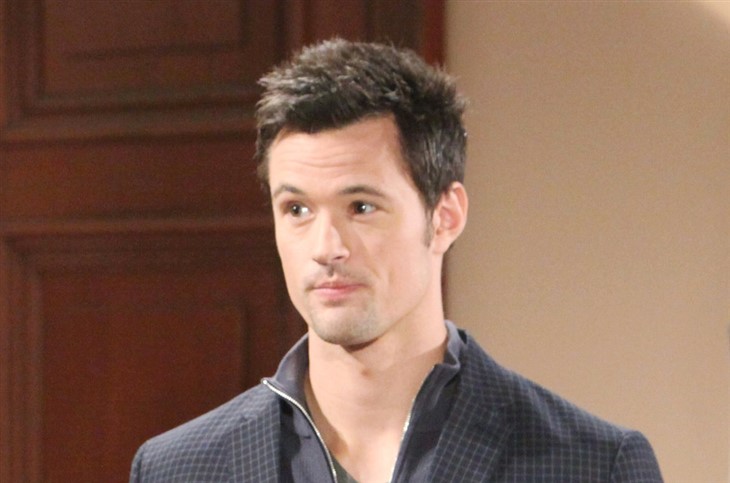 CBS The Bold and the Beautiful spoilers document that Thomas Forrester (Matthew Atkinson) told Steffy Forrester (Jacqueline MacInnes Wood) two personal points that she didn’t want to hear. She’s experiencing more than one form of pain. One is physical and the second is emotional.

Thomas knows Steffy as well as anyone, but her parents. He can see that her motorcycle accident has created injuries that are far from healed. So, she needs pain medication, whether Steffy wants to admit it or not.

But Steffy is also still reeling emotionally from the loss of Liam Spencer (Scott Clifton). The that far more subtle point isn’t one that’s been referenced for awhile. But the presence of the couple’s photo that hung above Steffy on the wall in the cliff house scenes continues to confirm Thomas’ insight.

The Bold And The Beautiful Spoilers – Bridge Comment Was Also Revealing

Steffy was surprised that Thomas mentioned something else during their open talk as well. He said that, while he had a complicated history with Brooke Logan (Katherine Kelly Lang), he knew that she made their dad happy.

In the very recent past, Thomas would have been giddy to learn that his Ridge Forrester (Thorsten Kaye) divorced Brooke and married Shauna Fulton (Denise Richards) hours later. But after what came to pass in March, meaning the Thoe wedding reveal and fail, Thomas has come to see the error of his ways.

Thomas’s admission that he’d come between Ridge and Brooke was eyebrow-raising. It meant that his response to Steffy’s news about their dad caused Thomas to think about and then acknowledge the role he played in causing that to happen. He took responsibility.

Steffy has established a reputation as someone who is in control of her own life. She’s had it hard with Liam, as Thomas said, but has managed to find the good in her personal life and excel in the family business.

Accepting Lope’s reunion was hard for Steffy. Yet, it wasn’t as hard as having to relinquish the girl she adopted, came to call Phoebe Forrester (Madeline Valdez and River Davidson) and thought of as her own.

Hope Logan’s (Annika Noelle) cold take of Beth was a climactic moment in time. But Steffy got passed it through sheer force of her will.

However, the physical pain she’s feeling represents a different fight. This challenge is both physical and mental, with medicinal relief seen as disrespectful of her maternal obligations to Kelly Spencer (Avalon and Colette Gray).

The Bold And The Beautiful Spoilers – Smart Take Being Broadcast

B&B wove a sharp, long arc with Atkinson as the Thomas recast. Then, that storyline ran its course and ended.

‘The Bold And The Beautiful’ Spoilers: Bill Loses Katie Because Of Brooke? – Bridge Drama Impacts Batiehttps://t.co/cZaNn0YP6f

The choice to normalize Thomas, while also writing Wood’s character toward vulnerability, is smart. Fresh takes are being offered on Steffy’s believable reaction to the aftereffects of her accident and to Thomas’ genuine pursuit of redemption.