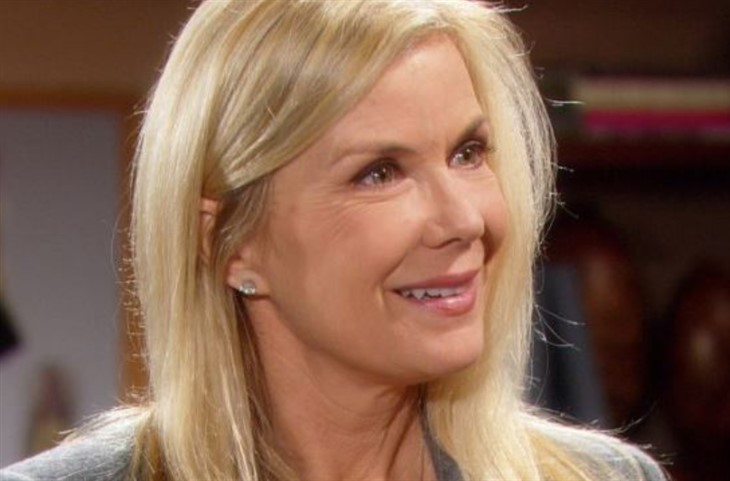 CBS The Bold and the Beautiful has put a big scandalous twist in Ridge Forrester’s (Thorsten Kaye) love triangle. He married Shauna Fulton (Denise Richards) and is “committed” to making it work.

A lot of people have expressed their opinion on which woman Ridge should be with. But what is best for Brooke Logan Forrester (Katherine Kelly Lang)? Should she just move on?

‘The Bold And The Beautiful’ Spoilers: Shauna And Quinn’s Secret Revealed On Purpose?

On B&B, fans talk about how Wyatt Spencer (Darin Brooks) and Liam Spencer (Scott Clifton) always waffle between women. Well, Ridge does the same thing. For the past several months, he has bounced between Brooke and Shauna repeatedly.

And each time he does, Ridge claims to have finally made a decision, just like Wyatt and Liam. However, usually within a few weeks, he bounces to the other woman again., like he is playing ping-pong with their hearts. So uncool.

We have seen Ridge straying, but so has Brooke. She keeps finding herself in Bill Spencer’s (Don Diamont) orbit and her lips magically end up being stuck on his mouth. So, we have to wonder if there might be a reason for this. Perhaps in her heart, Brooke knows that it’s time to move on and she just doesn’t want to admit it to herself?

The Bold and the Beautiful – It’s Not Just About Ridge Forrester!

On The Bold and the Beautiful, everyone keeps talking about Ridge. What Ridge should do, what woman he should be with, and what is right for the designer. But what about Brooke? Isn’t it important to talk about what is best for her? Now, we know what she wants, but what someone desires and what is best for them can be two separate things.

B&B Spoiler – Should She Just Move On?

Even though there are diehard “Bridge” fans that can’t imagine Ridge and Brooke not being together, too much might have happened. It might be time for her to just move on without Ridge.

Of course, we don’t know if the soap will ever take this direction, but we’re interested to hear what you, the fans, think. Is it time for Brooke to move on and find love with someone else? Vote in our poll and tell us what you think should happen!