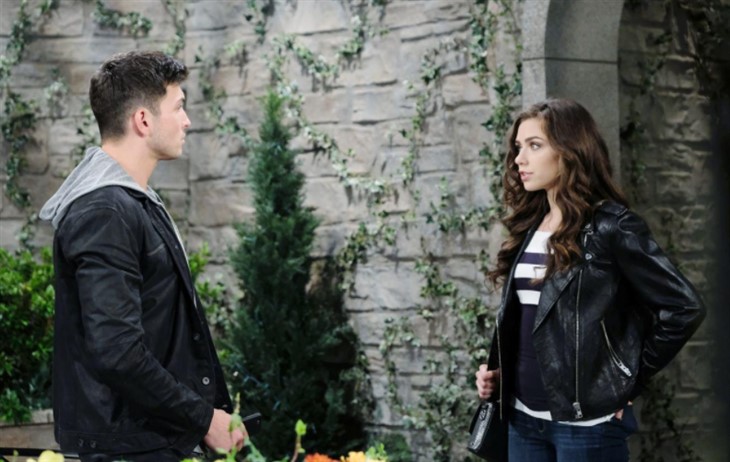 Days of Our Lives spoilers for the week of August 24 reveal that Ben Weston (Robert Scott Wilson) takes Ciara Brady (Victoria Konefal) to where he killed Paige Larson (True O’Brien). The new bride is creeped out, but then things turn from disturbing to deadly. Ciara ends up fighting for her life when Ben’s urge to kill overpowers him. Will Ciara survive the attack?

DOOL spoilers reveal that Eve Donovan (Kassie DePaiva) put a sinister scheme into motion by having Vincent (Michael Teh) plant a bomb at the “Cin” wedding. During the smoky chaos, Ben was taken hostage and brought to New York. There, he would be psychologically tortured, brainwashed, drugged, and go through a mental reprogramming.

The goal was to make Ben kill the person he loves the most. In Eve’s mind, that was the only way to make him suffer for the rest of his life.

During the week of August 24, Ben will take Ciara to a memorable location. However, it is teased that when she realizes where they are, Ciara is creeped out. She has good reason to be, as they end up at the place where Ben killed Eve’s daughter, Paige. But Ciara could never predict what ends up happening next.

Days of Our Lives Spoilers – New Bride Fights For Her Life

Days of Our Lives spoilers reveal that Ben corners Ciara in the locker room. He has what appears to be a belt wrapped around his hands with a tightened grip. He backs Ciara into a corner and based on a picture published in Soap Opera Digest, the bride is terrified. She knows that the man she is looking at is not the man she loves. It is the Necktie Killer and she doesn’t know how to get out of her deadly predicament.

Somehow, Ciara is able to survive the ordeal. Most likely, she keeps using the love that “Cin” shares until she breaks through the brainwashing. She finally reaches Ben, who snaps out of it and is horrified at what is happening. Another photo in the soap magazine shows Ciara crumpled in a corner crying her eyes out. In another picture, Ben is kneeling down with his hands covering his face. He looks like he is breaking down emotionally.

While it appears that Ciara survives Ben’s inner killer, it is teased that he will confront the person responsible. He faces Eve over what she has done to him, but what will be the outcome? Will she finally be exposed and stopped? Or will Ben be walking right into another trap?