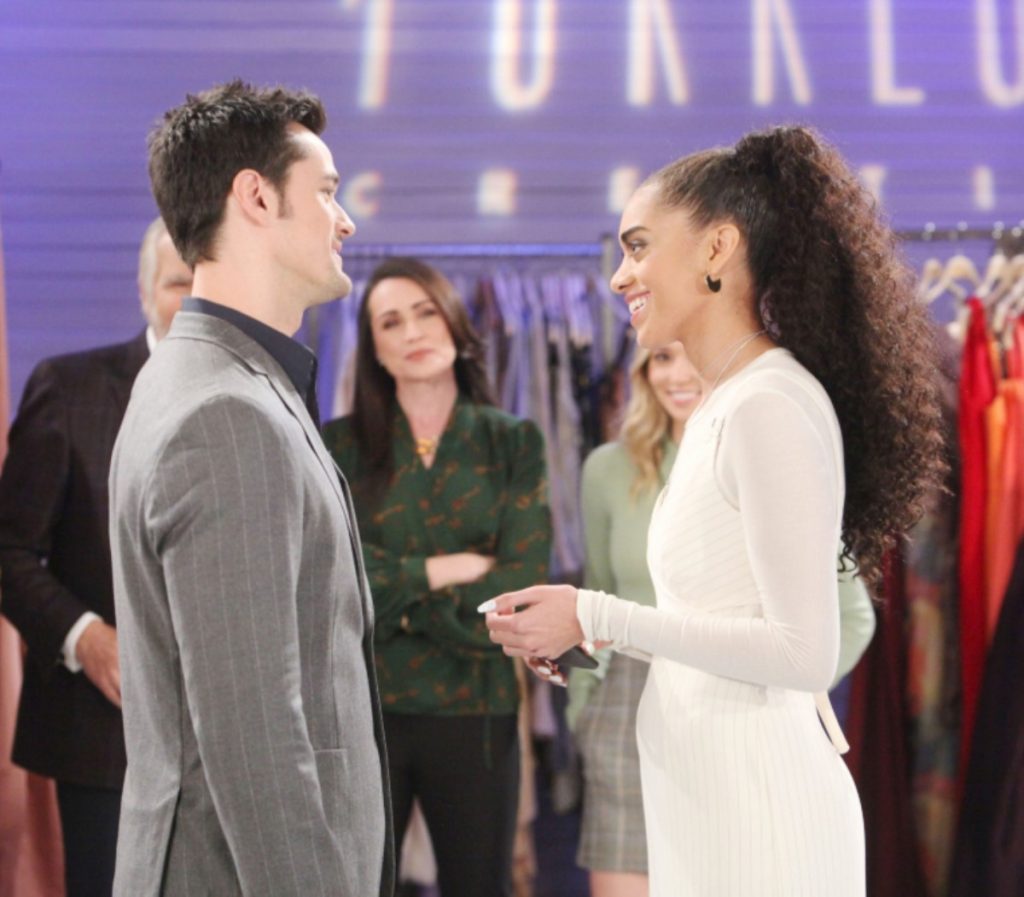 Thomas will throw the party for Zoe at Forrester Creations, and everyone there will attend; including Hope Logan, (Annika Noelle) which is part of his plan! He will also bring his son Douglas Forrester (Henry Joseph Samiri).

Five Not To Be Missed Days Of Our Lives Weekly Spoilers: February 10 to February 14

But his surprise for Zoe isn’t sincere; it will only be part of his plan to get back with Hope, and his actions after the party will serve as payback to Hope, and poor Douglas will be part of the plot! How can twisted Thomas think that payback to Hope will get him Hope back? Only Thomas could possibly see an outcome like that!

Thomas’ friend Vinny Walker (Joe LoCicero) reamed Thomas out when he heard about his plan! As far as Vinny’s concerned, Thomas is being nothing but an opportunistic user and manipulator. This is by far one of the worst plans that Thomas has come up with yet, because all it will do is hurt everyone involved in it, especially Douglas!

Zoe might be happy thinking Thomas threw her this party because he loves her, but it’s nothing of the sort; she’s crazy for him, but she can’t see the forest for the trees – she’s just a stepping stone to Hope, and even Hope is not the object of any love from Thomas she’s just a love object – there is a huge difference in being the solution to someone’s neediness and manipulation and someone’s recipient of true love!

Even Vinny’s about ready to give Thomas the old heave-ho from his own life! Zoe and Hope would do well to follow suit after someone extricates poor Douglas from his horrible father in a family court!

The Bold and the Beautiful Spoilers: Brooke & Ridge Argue About Why They’re Apart – Will They Ever Find Common Ground? https://t.co/Vg4KYKahet pic.twitter.com/KANCN2Igt9

The Bold and the Beautiful Spoilers – So Just What Might Thomas’ Terrible Plan Be?

So just what might Thomas’s terrible plan be involving payback to Hope so he can get her back using Douglas? Viewers will recall that he started dating Zoe to make Hope jealous, so the natural progression of that would be to make this party for Zoe an engagement announcement party or maybe even a party announcing an elopement has taken place!

Other Bold and The Beautiful spoilers tease that Zoe will attempt to bond to Douglas, but he’ll only want Hope. Could the payback using Douglas be that Thomas cancels his and Hope’s co-parenting agreement because he’s convinced head over heels Zoe to elope with him, therefore Zoe being Douglas’ mother figure instead of Hope?

Thomas could deny visitation with Douglas to Hope and that would be payback using Douglas, but how then would he get Hope back while married to Zoe? Dump her at some point for Hope? That indeed is a cruel, twisted plan!