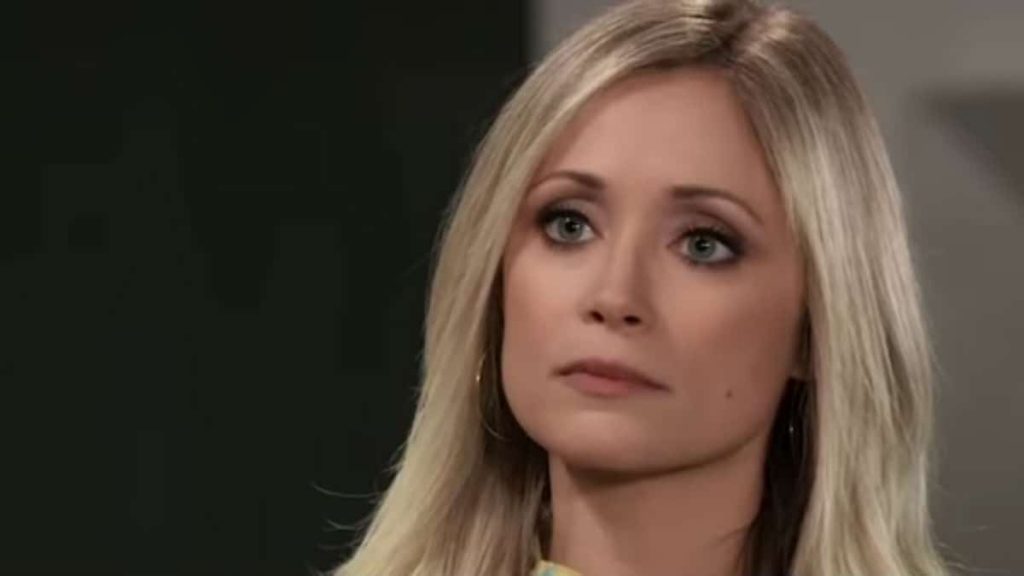 General Hospital star Emme Rylan is opening up about her character Lulu Falconeri’s new romance with handsome teacher Dustin (Mark Dawson). In fact, the actress says that things are going so well that she’s down to see what this new relationship entails. Here’s what she has to say.

Speaking about her working relationship with actor Mark Dawson, who plays Dustin on the hit ABC soap, Emme had nothing but positive things to say about him. As a matter of fact, the two of them hit it off from the very beginning. She told Soaps in Depth in a new interview, “I thought he was fantastic from the start. Very professional. I, him and Kirsten Storms all have a blast working together. We like him. He’s a great addition. He knows his stuff!”

And while there’s no doubt that a lot of General Hospital fans miss seeing Dominic Zamprogna as Dante Falconeri, Emme actually thinks that it’s a good idea that her character is moving on, even though she does miss working with Dom as well. After all, there’s no reason for her to move backward in her life and be miserable again when she’s got someone like Dustin who is not only treating her well and sweeping her off her feet too, right?

The actress added, “I would not say that I’m happy to have the story move forward. But Dominic and I are friends, so I knew he wanted to go and I supported his decision. And as an actress, I never had any doubt that they’d have to give us hurdles to give Lulu somewhere to go. If he’s not coming back, then this is what I knew would becoming.”

Now as far as whether or not Dom decides to return to Port Charles remains to be seen. But at the same time Emme says that she would be absolutely open to working with him again. Fingers crossed!

In the meantime, come back right here for all of the latest news, updates, and spoilers on all of your favorite daytime television shows including The Young and the Restless, The Bold and the Beautiful, General Hospital and Days of Our Lives.