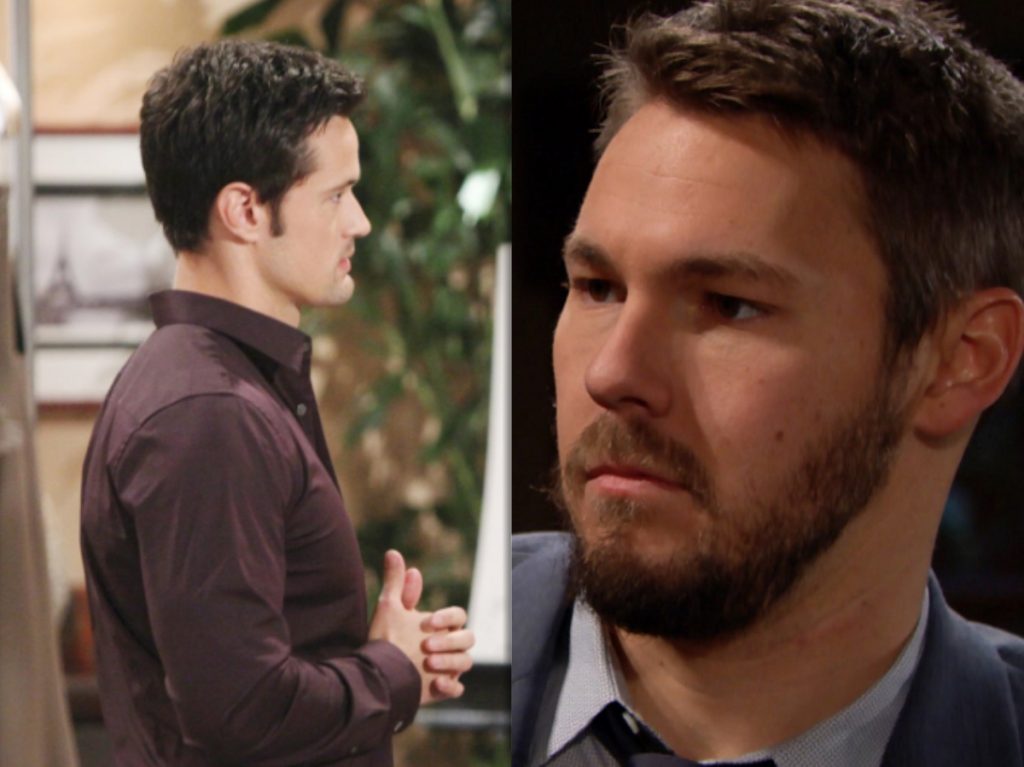 The Bold and the Beautiful (B&B) spoilers tease that Thomas Forrester (Matthew Atkinson) will question Liam Spencer’s (Scott Clifton) motives with Hope Logan (Annika Noelle). He will wonder why he hasn’t asked her to marry him again since they’ve been back together. Liam, of course, will not like him questioning him and he will make a plan to solidify his relationship with Hope.

But that plan to marry Hope will come with an ultimatum. He will tell Hope he wants to get married, but she must do something for him too. Here’s what is coming up on B&B.

Liam and Thomas will get into a screaming match about Hope. B&B spoilers state that Thomas will question why Liam hasn’t popped the question to Hope and solidify their relationship. He suggests maybe he doesn’t want to be with Hope after all, and his true love is Steffy Forrester (Jacqueline MacInnes Wood).

Of course, Liam doesn’t like that at all. He lets Thomas know that he loves Hope and they will be together. It’s been a very stressful time and they just haven’t sat down and decided to remarry yet.

Thomas doesn’t buy it. He thinks Liam is dragging his feet and he lets Liam know that precious Hope deserves better.

Bold And The Beautiful Spoilers: Liam Spencer Proposed But There’s A Catch

After Thomas pushed Liam’s buttons, he decides to propose to Hope. He knows it’s the right decision but he feels like he needs to put some conditions on the deal. There’s no question that Hope will be excited when Liam bends on one knee but the B&B spoilers suggest that it will be short-lived as he will put an impossible demand on her.

The buzz on social media is the demand will be she let Douglas Forrester (Henry Joseph Samiri) go as it puts Thomas in their lives. There is no way Hope will let Douglas go. She loves the boy and she wants to be his mother.

When Thomas hears of Liam’s condition, he will spring into action and he will have a way to shut down the marriage proposal. Do you think Hope will agree to Liam’s terms?