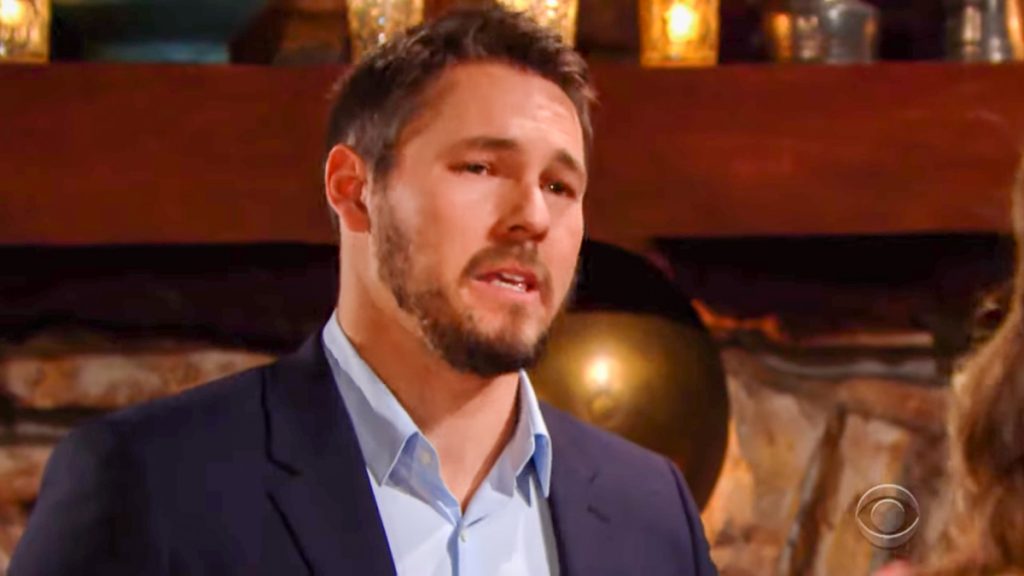 The Bold and the Beautiful spoilers for Monday, January 6, tease that Steffy Forrester (Jacqueline MacInnes Wood) and Hope Logan (Annika Noelle) will hear some very disturbing details. As B&B viewers know, Thomas Forrester (Matthew Atkinson) has just threatened Liam Spencer (Scott Clifton) by basically insinuating that Liam would soon be dead and buried. Thomas was in the middle of a huge rant about Liam, Hope, and Steffy when the threat took place.

One wonders how Hope and Steffy will react to this news. They may wonder if perhaps Liam misinterpreted what Thomas said, or perhaps whether Liam heard what he expected or wanted to hear. After all, it’s no secret about how Liam feels about Thomas. But it seems that Liam will let Hope and Steffy know exactly what Thomas said to him, and it shouldn’t take long for the ladies to realize that Thomas’ words were indeed a serious threat.

But where will they all go from here? Well, it seems that after all of Thomas’ needling about not having proposed to Hope and not “putting a ring on it,” Liam will decide in the coming days to make a romantic proposal. But there’s going to be a big stipulation tied to the proposal, as Liam insists that he’ll only marry Hope if she eliminates Thomas from her life for good. After Thomas’ threats, Liam won’t be messing around – he’ll want Thomas away from Hope permanently.

It also appears that Steffy will end up angrily confronting Thomas about his threat against Liam. As B&B viewers know, Steffy thoroughly believed that Thomas had repented and was moving on in a new relationship with Zoe Buckingham (Kiara Barnes). She’ll be peeved that she was snowed by Thomas, and it looks like she’ll let him really have it.

Next, on Monday’s new episode of B&B, there will be a new man on the Forrester Creations scene. It seems that in addition to hearing Liam’s story about Thomas’s threats against him, Steffy will also get to meet a hot new guy at the fashion house. His name will be “Collin” and he’ll be portrayed by fashion model Oli Green.

Exactly what brings Collin to Forrester Creations remains to be seen, but it appears that he’ll be new to the company in some capacity, which means he could be new on staff there, or perhaps someone like a buyer who works in conjunction with Forrester Creations. At any rate, it seems that he’ll take an immediate interest in Steffy and will flirt with her and ask her out on a date.

This is great news for Steffy fans, who have been asking for a new man for Steffy for months. All one has to do is take a look at “Soap Twitter” and one can see dozens of pleas daily for TPTB to bring on a new man for Steffy. There are plenty of B&B fans out there who would love to see Steffy with someone other than Liam, Wyatt Spencer (Darin Brooks), or Bill Spencer (Don Diamont).

The Bold & The Beautiful Spoilers – Will Steffy Forrester Go Out And Have Some Fun?

So, will Steffy say yes to Collin and actually go out on a date with him? B&B fans will have to tune in to see, but B&B spoilers say that Steffy will feel flattered by the invitation. Let’s hope that she accepts and at least goes out and has a good time for a change. After all that Steffy has been through, it would be great to see her have a nice time with someone fresh and new.