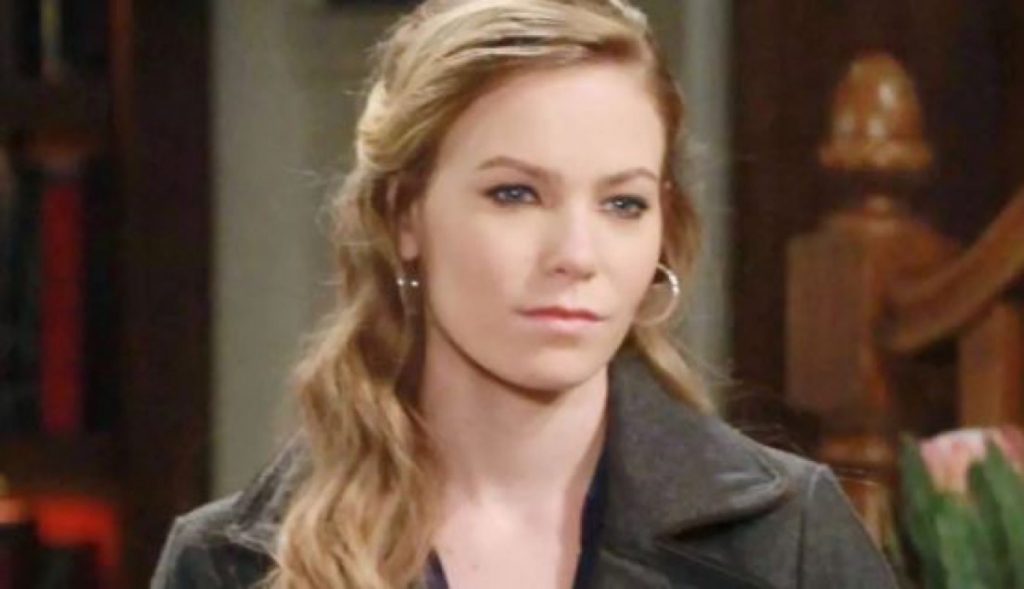 General Hospital (GH) spoilers tease that Nelle Benson (Chloe Lanier) has made yet another enemy, and this one might actually scare her. Britt Westbourne (Kelly Thiebaud) has Nelle in her sights and Nelle may have every reason to worry.

Britt is best friends with Brad Cooper (Perry Shen) and Nelle is trying to make it seem as though she had nothing to do with the baby swap, that is was all Brad’s fault.

General Hospital Spoilers – Brad Cooper is guilty of many things

While it’s true that Brad is guilty of many things, the true mastermind behind the baby swap was Nelle. The last time Britt was in town, Brad had told her all about the situation. Brad was a willing participant in the scheme, but it was Nelle’s idea. She couldn’t stand the thought of Michael Corinthos (Chad Duell) or his family raising her son, while she went to prison for trying to kill Michael. And Britt knows that Brad wouldn’t lie to her, although he has been known to omit details in the past.

Britt is the daughter of Ceasar Faison (Anders Hove) and Leisl O’Brecht (Kathleen Gati) and both of them are very scary people who in the past have gone to great lengths to get what they want. Britt recently got out of prison but is trying to stay on the straight and narrow now. But that won’t stop her from putting a little fear into Nelle. A confrontation between the two seems imminent.

General Hospital Spoilers – Nelle Benson may have met her match

Nelle is a master manipulator and schemer. But she may have met her match in Britta. A few well-placed threats could strike Nelle to the core. Britt may try to force Nelle to admit what she did and she may well succeed. At the very least, Britt will get some pleasure by knocking Nelle down a peg or two. Nelle won’t likely give in to Britt but that doesn’t mean she won’t be sleeping with one eye open going forward and that’s exactly what Britt would want. She won’t likely take direct action against Nelle but she may make Nelle think that’s exactly what will happen.

Will Britt seek out Nelle and put the fear of God in her? Will Nelle have to start looking over her shoulder for fear that Britt will do her harm? Or will any of her other enemies get to Nelle first? Anything can happen so stay tuned to General Hospital airing weekdays on ABC. And don’t forget to check back here regularly for all your General Hospital news, information, and spoilers!