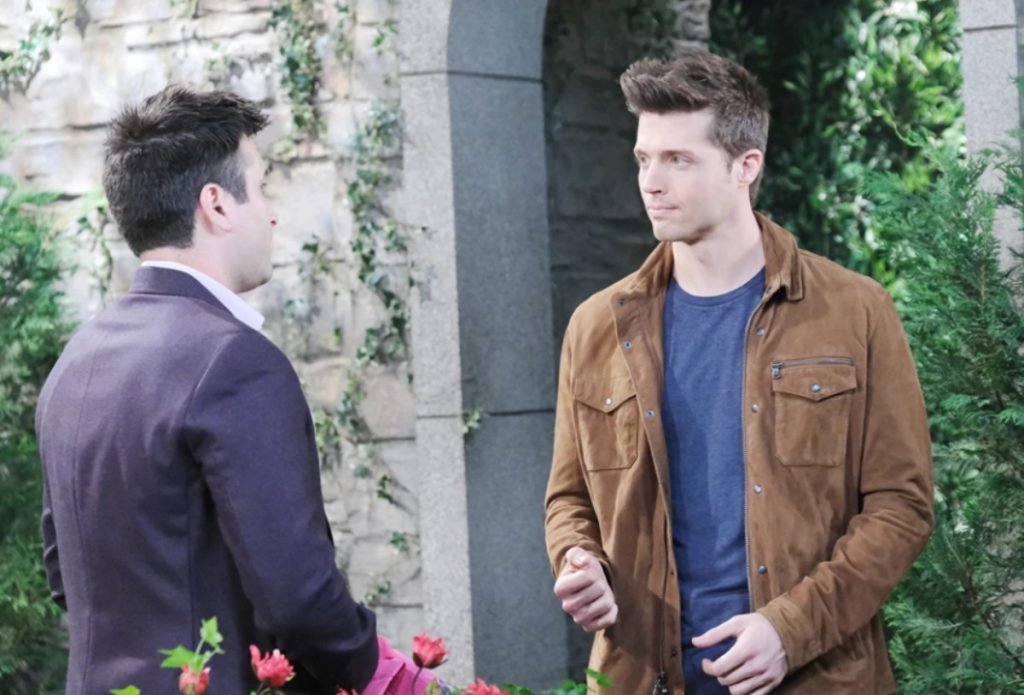 Days of Our Lives spoilers reveal Sonny Kiriakis (Freddie Smith) tries to help Rafe Hernandez’s (Galen Gering) situation. Unable to find David Ridgeway (Caleb and Kyler Ends), Sonny tries to convince Evan Frears aka Christian Maddox (Brock Kelly) to do the right thing. Will he listen to his former flame and reveal the child’s whereabouts? Keep reading to find out what to expect with this storyline.

Days of Our Lives Spoilers – Searching For David Ridgeway

DOOL spoilers reveal Rafe will continue to search for David. Even though Evan is hiding the child, when Rafe, Eli Grant (Lamon Archey) and Lani Price (Sal Stowers) arrive at the motel room, the only person they find is Evan. Rafe’s frustration will grow as he struggles to figure out how Evan seems to be one step ahead.

As fans saw earlier this week, Evan called his father, Orpheus (George DelHoyo) for help. He was completely out of options. Of course, the supervillain came to Salem to help Evan stay out of prison and keep his biological son.

Orpheus’ specialty is using his intelligence as a weapon. However, Evan and David might not be the only reason he came to Salem. There’s a lot of unfinished business and Orpheus might use this opportunity to settle some scores.

Days of Our Lives spoilers reveal Sonny will feel compelled to his part and help find David. The only way he knows how to do that is by using his personal connection with Evan. He reaches out and makes a heartfelt plea to the kidnapper. Will he be able to convince Evan to do the right thing?

DOOL Spoilers – Getting Away With Murder

It is indicated that due to Ciara Brady (Victoria Konefal) coercing a confession out of Evan, he could slip through Salem’s legal cracks. Plus, Orpheus hires Evan a lawyer to defend the fake nanny. It is teased that there is a good chance that the case against Evan will fall apart. That means he will be free to roam around Salem and chances are, he will continue trying to find a way to keep David.

Days of Our Lives Spoilers – Custody Battle Hinted, But Who Will Win?

Evan is right when he tells his father that he can run forever. It seems like he understands that he might have to go the legal route to keep David. If he has no murder conviction, then it can’t be used against him. That might pose a problem for Rafe because courts tend to want to keep biological parents involved if it’s possible. Knowing Evan, he will use his persuasion skills when petitioning the court for custody.

He has a bond with the boy due to him being his caregiver while acting as a nanny. He is also blood-related to the little boy. However, that doesn’t mean he’s going to win.

Rafe has one thing in his pocket that could help him win the case. Jordan Ridgeway (formerly Chrishell Stause) did not want Evan anywhere near her son and named Rafe as the boy’s guardian. It could help Rafe win… but only if he can prove that despite Jordan’s instability, she had good reason to keep Evan away from her baby.