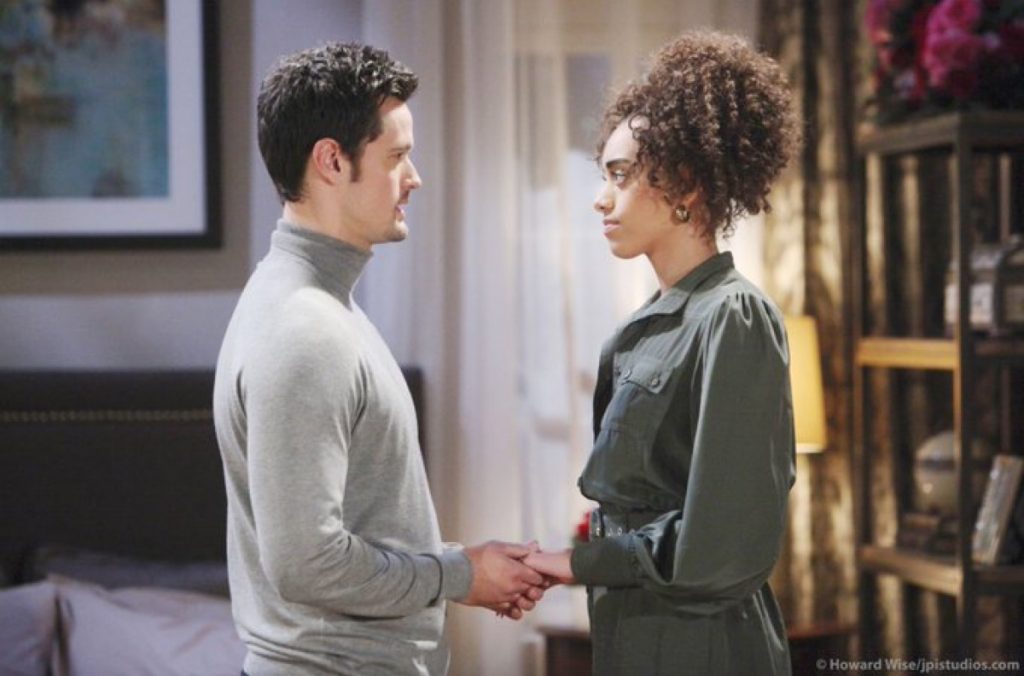 Thomas Forrester (Matthew Atkinson) asked Zoe Buckingham (Kiara Barnes) to marry him on ‘The Bold and the Beautiful’. Hardly a gesture that was offered with discretion, but instead took place in front of a purposely gathered throng, which included his son and the woman he actually hopes to marry.

Zoe was pleasantly surprised, while Hope Logan (Annika Noelle) was stunned. Shocked described the reaction every other witness to the scene had. Liam Spencer (Scott Clifton) stood by, having just proclaimed that Thomas was still working an angle and hadn’t reformed.

Steffy Forrester (Jacqueline MacInnes Wood) knew something felt weird about the party her brother planned at their grandfather’s home. But she and the others weren’t prepared for what Thomas actually did.

Ridge Forrester (Thorsten Kaye) still refuses to believe that there’s anything seriously wrong with Thomas. Everything he does is rationalized as okay, with the push for forgiveness and perceived recognition of positive steps continuing.

SUBSCRIBE NOW: Get The Bold and The Beautiful spoilers, news, and recaps in your email!

Now, with the fully presumptuous and preemptive marriage proposal to Zoe, Ridge has another turnaround chance. Steffy, with arguably as much influence over her father as Brooke Logan (Katherine Kelly Lang), must press her father to see that Thomas’ actions aren’t normal. The bended knee proposal appears to have alerted Steffy to her brother’s erratic behavior persisting.

Brooke, like Liam, knows that Thomas was putting on a show. He believes that his loved ones will be persuaded to believe that life has moved on post-‘Thope’.

Hope is Brooke’s main concern, as her daughter opted to be legally connected to Thomas by adopting Douglas Forrester (Henry Joseph Samiri). Despite the event with Zoe, Brooke rightly remains worried that Thomas’ instability will again upset Hope’s life.

As noted above, Steffy will need to be on board with any efforts that are made to try and change Ridge’s mind. In the meantime, Brooke and her husband remain separated because of Thomas’ success, which seems to be expanding.

With ‘Lope’ over and apparently not returning anytime soon, Hope has a decision to make. She can serve as Douglas’ mother and simply choose to believe that Thomas loves Zoe and has moved past his obsession, or Hope can remain vigilant, as Liam and Brooke have asked her to do.

Douglas is confused by his father’s actions. That, more than anything deeply troubles Hope.

Retaining a share of Douglas’ legal custody means that Hope could seek full custody. But that effort would probably fail right now, as Thomas’ hasn’t done anything recently that would warrant a loss of his rights. But, if Zoe learns she’s been played, then everything could change very quickly.

The Bold and the Beautiful: Flo Encourages Wyatt To Make Sure Sally’s Last Days Are Worth Living