The Bold and the Beautiful: Flo Encourages Wyatt To Make Sure Sally’s Last Days Are Worth Living 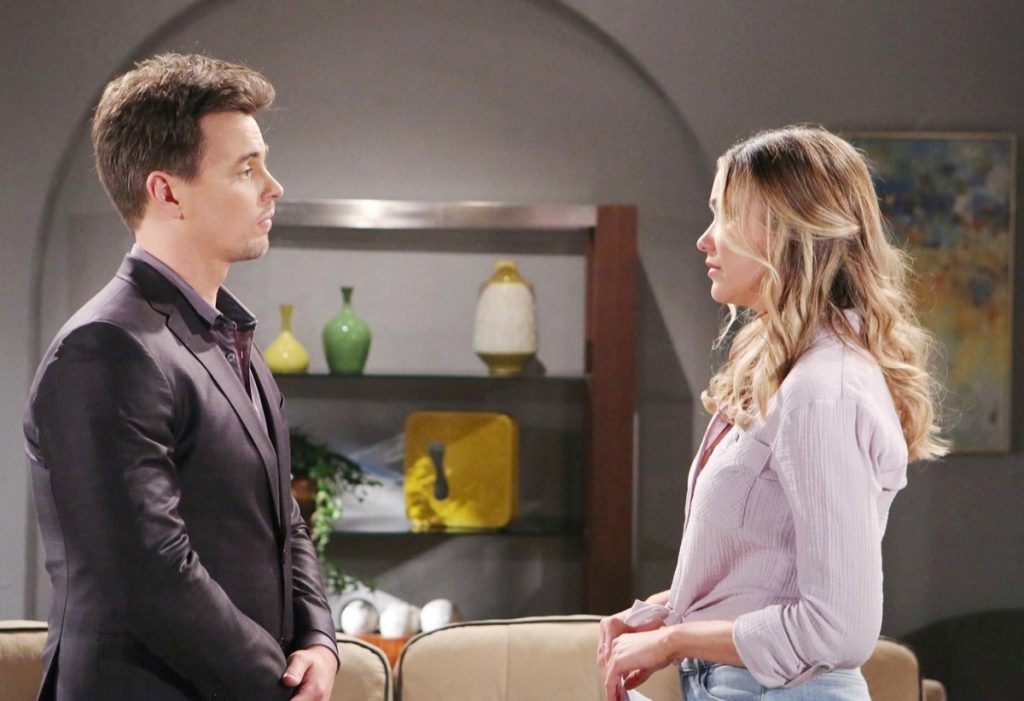 The Bold and the Beautiful spoilers reveal Flo Fulton (Katrina Bowden) encourages Wyatt Spencer (Darin Brook) to go to Sally Spectra (Courtney Hope). They will make a sacrifice and separate so Sally can live out her last days in happiness.

Wyatt ends up approaching Sally and making an offer. However, she doesn’t think it’s genuine and will become suspicious.

The Bold and the Beautiful Spoilers – Love Triangle With a Twist

B&B spoilers previously teased a love triangle would end when Wyatt made the decision to go back to Flo. However, the head writer also said there would be a twist. We now know that the twist is Sally’s diagnosis and her only having one month to live.

After Katie Logan (Heather Tom) told Wyatt about Sally’s condition, he was conflicted. He made the decision to spend his life with Flo but was feeling terrible about Sally suffering alone. It was also the timing of everything. Sally received her diagnosis right after Wyatt broke her heart for the second time.

The Bold and the Beautiful Spoilers – Flo Fulton’s Encouragement

The Bold and the Beautiful spoilers reveal Flo will encourage Wyatt to go be with Sally. After all, the woman is dying and only has one month to live. She should be able to live out her last days being happy and feeling loved.

Wyatt and Flo agree to part ways so Wyatt can make Sally’s dream come true. However, this plan of theirs isn’t going to go as smoothly as they think.

After Wyatt goes to Sally and suggests they move in together, Sally will be on high alert. She suspects that the only reason Wyatt is making the offer is that he somehow knows about her illness. She believes that Katie might have told him her secret and she isn’t happy about that. The last thing Sally wants is for people to feel sorry for her. She especially doesn’t want Wyatt to only be with her out of pity.

How will this storyline end? Will Sally end up spending her final days with Wyatt? Or will she insist on suffering through this ordeal alone?

Be sure to catch up on everything happening with B&B right now. Come back here often for The Bold and the Beautiful spoilers, news, and rumors!

The Young and The Restless Spoilers: Mariah Freaks Out And Thinks Tessa’s Cheating With Tanner