The Bold and the Beautiful Spoilers: Sultry Brooke Lures Ridge Into Bed For A Night Of Passion 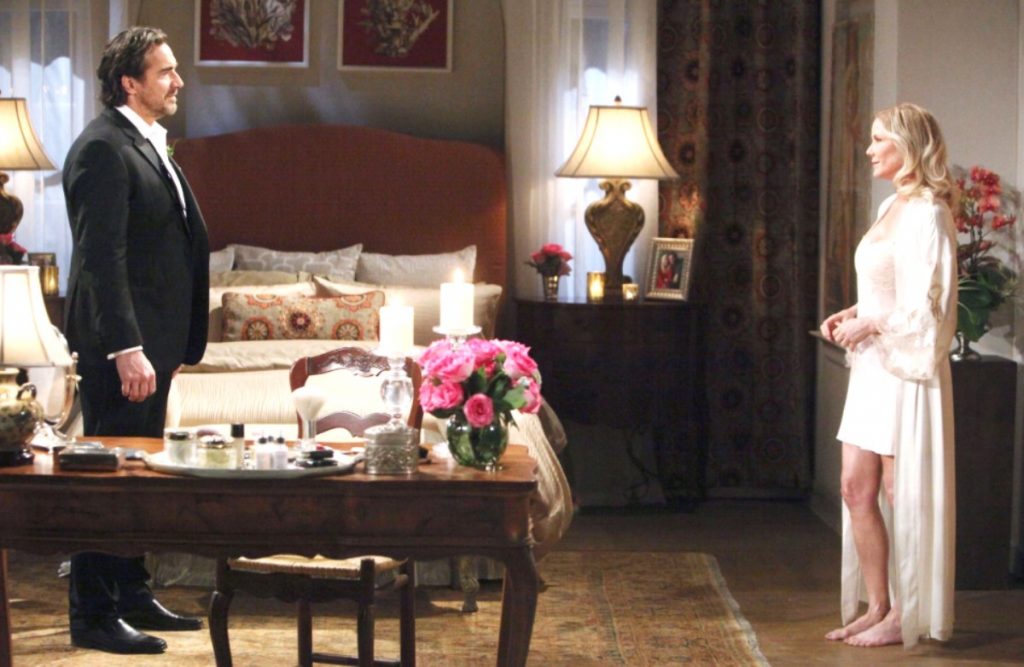 Brooke Logan Forrester and Ridge Forrester have been separated for several months, and it was all over Ridge’s refusal to see what Brooke saw in his very dangerous son, Thomas Forrester (Matthew Atkinson). Brooke saw what Thomas had done when her daughter Hope Logan (Annika Noelle) had been involved and then married to him for only a short time, and how he manipulated, frightened, and abused both her and his little boy, Douglas Forrester (Henry Joseph Samiri) but Ridge just couldn’t see it and wanted to give Thomas the benefit of the doubt and continued to even as they separated over the issue, and Ridge moved out.

They very nearly divorced, with both Brooke and Ridge had signed divorce papers but Ridge never filed them. Then there was the “covert attempt” of Shauna Fulton (Denise Richards) to get into Ridge’s heart through his pants, which thankfully never went that far although Shauna would still do ANYTHING to get with Ridge! It came down to Eric Forrester (John McCook) kicking her out of his lake house, which is on his property, as long as Ridge was living there!

Then, at Thomas’ attempted wedding to Zoe Buckingham (Kiara Barnes) in which he chose Hope, who was pretending to marry him instead of Zoe, right at the point of saying the “I do’s”, Ridge’s eyes were finally opened to exactly who and what his son really was, instead of the rosy, but the dead wrong image he had painted of him in his mind! He apologized to Brooke for not listening to her about Thomas right there at the would-be wedding!

Longtime viewers of The Bold and The Beautiful will recall that Ridge and Brooke have been back and forth with each other for years, having been married, divorced, and remarried three times since 1998. But in the Bold and Beautiful weekly preview for this week, “The Kiss” Ridge tells Brooke that their love is stronger than ever and that he is committed to her, and only to her, and Brooke responds likewise to Ridge.

No matter how many obstacles they have faced, it seems that they have always found their way back to each other since their first marriage in 1998, and now they have found their way back again. Viewers can expect Brooke to prepare their home, and especially their bedroom, with everything that she knows Ridge loves, and possibly even cook him his favorite dinner; or have it cooked, as the case may be.

These are wealthy people, after all, and they can afford the very best to be catered or cooked at home by their cook! She may even try to recreate the first night they met, if possible!