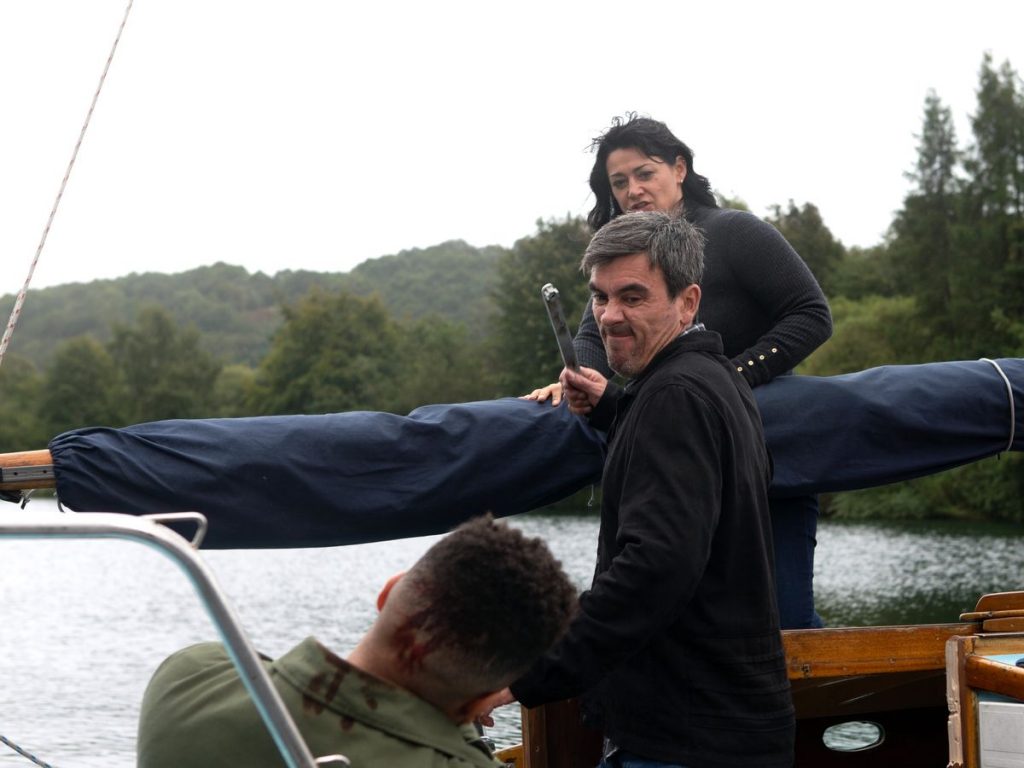 Emmerdale spoilers reveal the relationship between Cain Dingle (Jeff Hordley) and Nate Robinson (Jurell Carter) is changing. It’s nothing drastic, but enough that fans are wondering about their future. Hordley confirmed the shifting dynamic and teased “inevitable thawing.” Keep reading to find out more about the storyline and what could happen next.

As fans recall, Cain and Nate are father and son. However, their relationship is a bit more complicated. After discovering Nate was sleeping with his wife, Moira Dingle (Natalie J. Robb), Cain vowed vengeance. All three of them nearly died in an explosive scene… and we mean that literally.

Obviously, Cain and Moira’s marriage was damaged and there was pain for many people involved. Plus, it ruined any chance of Nate building a relationship with his biological father.

Emmerdale spoilers previously teased that Cain and Moira would be battling livestock hustlers. One evening, Cain shot at who he thought was one of them. However, it turned out to be Nate.

Surprisingly, the young man decided not to tell police that his own father put a bullet into him. There were suspicions and even Nate’s mother tried to bully the truth out of Cain, but it didn’t work.

Even though Cain and Nate are a long way from having a positive relationship, Nate covering for his father may have lessened the animosity between the two. Hordley told Digital Spy,

“I think that was inevitable. For the story to move forward, we have to have this thawing between them… Nate didn’t grass Cain up to the police, [that] was the first step to think beginning to get better between them.”

What About Moira Dingle?

Nate and Moira’s affair might always be in the back of Cain’s mind. Even though a lot of fans would like to see the couple reconcile, that might not happen for a long time. However, things do seem to be improving between the former spouses.

Moira dealt with her drinking problem, they are being civil toward each other and Cain even referred to her as his “missus.” Obviously, it was unintentional and he did it out of habit, but it still gives fans hope for the future.

As for Hordley, he hinted that he would love to see Cain and Moira back together. He commented that his favorite place to be is on the farm with his on-screen wife. Maybe there is hope for them after all.

The Bold and the Beautiful Spoilers: Sultry Brooke Lures Ridge Into Bed For A Night Of Passion