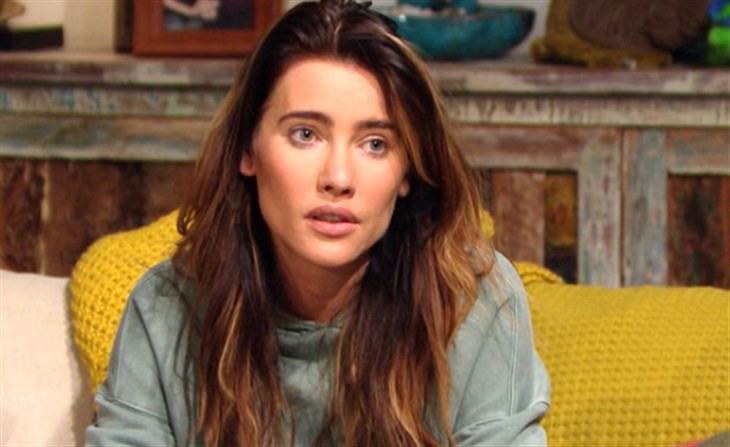 CBS The Bold and the Beautiful spoilers document that Steffy Forrester (Jacqueline MacInnes Wood) is quickly developing an addiction to pain-killers. The effects of her motorcycle accident have produced lingering physical symptoms that are not in her mind, can’t be toughed out, or wished away.

Dr. John Finnegan (Tanner Novlan) seriously considered Steffy’s request for a refill prescription. He didn’t want to authorize it because of his awareness of addiction issues. Whether this knowledge is purely based on interactions with other patients or is more personal is yet to be known.

The Bold And The Beautiful Spoilers – Free Will Or No Choice?

B&B fans approach this question based on their own perspectives, which is also true of the characters on the show. Someone could say that Steffy did use her free will to resist taking medication at first because that’s exactly what happened.

Steffy’s impulse was to avoid taking medication. Viewers know that a number of people who were close to her encouraged pill usage. Her father, brother, Liam Spencer (Scott Clifton), and even Finn himself recognized that Steffy was imposing impossible restrictions on herself. She wanted to remain fully alert in order to continue to be the best possible mother to Kelly.

So, this daytime scenario really isn’t a free-will versus no choice debate. Separately, there are other mitigating factors that make Steffy’s situation one that needs to be closely monitored.

B&B Spoilers – Finn Puts Himself In An Awkward Position

Finn is putting himself in an awkward position by allowing himself to become personally involved with Steffy. He should, or will, refer her to another doctor who can handle this case moving forward. Doing so would remove the personal element and be best for Steffy’s care.

If Finn does as is hoped, then he’ll also be able to begin a relationship with Steffy without any barriers, or conditions. Whether Wood’s character agrees to a suggested referral is an open question.

The Bold And The Beautiful News: Denise Richards Throws In The Towel, Quits RHOBH https://t.co/DZly3OhE7J pic.twitter.com/1wQd9W2P0v

The Bold And The Beautiful Spoilers – Couple Status Nearing Reality

Steffy and Finn are already friends who are very fond of each other. A coming romance appears to be teased by social media photos that indicate Novlan’s real-life wife has been on the B&B set, which implies that she’s standing in for Wood during intimate scenes.

Once this couple is really the fans will sense if it has legs, or is a short-term scenario that’s purely connected to Steffy’s recovery. Steffy and Finn met because of the accident and they’re getting to know each other because of her recovery challenges.

Whether this likable pairing sticks together will soon drive the intrigue of this storyline.