The Bold And The Beautiful Spoilers: Can Finn Make Steffy See Clearly, Liam Her Root Problem 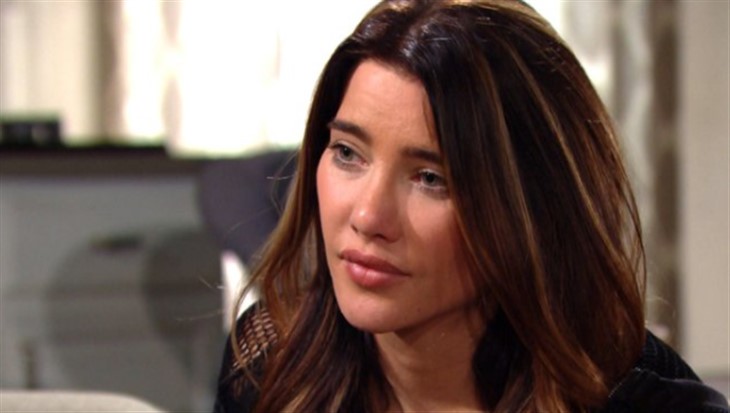 CBS The Bold and the Beautiful spoilers document that Steffy Forrester (Jacqueline MacInnes Wood) is greatly influenced by her past achievements. But those accomplishments aren’t a basis to convince herself that she’s superhuman.

Dr. John Finnegan (Tanner Novlan) is just getting to know Steffy. Their meeting didn’t happen by chance. Instead, it was fated, as the result of Steffy’s second motorcycle accident.

Of course, one could choose to disbelieve in fate. But Finn chose to become a doctor so that he could protect life and help people heal. Steffy now has a choice as well. She must hear what Finn is saying and recognize that her pain goes beyond physical issues. Progress will then be made.

The Bold And The Beautiful Spoilers – Revelation At The Right Time

Finn has taken a personal interest in the person who was merely his patient just a handful of weeks ago. He clearly is attracted to Steffy’s backstory and is gaining an increasing admiration for her.

The smile was seen on Steffy’s face at the cliff house while Finn was talking to her about the wholeness of the pain she’s feeling veered in an interesting, hopeful direction. She listened attentively and didn’t reject what he was saying, as may have been true if almost anyone else was delivering the same message.

Meeting Novlan’s character appears to be exactly what Steffy needs at this specific moment in her life.

B&B Spoilers – Riding Into The Future

Motorcycles can be more dangerous than cars. So, the risk Steffy took happened because she wasn’t being as safe as she theoretically could have been.

Risking her heart is something that Steffy has been avoiding since she recognized that Liam Spencer (Scott Clifton) has fallen back in love with Hope Logan (Annika Noelle), who recently became Hope Spencer again. Steffy’s reaction to the Steam relationship loss was very natural, which is a point Finn touched on as well.

The Bold And The Beautiful Spoilers: Quinn Ups The Ante To Keep ‘Bridge’ Apart https://t.co/iaTLarMFRH pic.twitter.com/ViVwOTQsg2

The Bold And The Beautiful Spoilers – John Finnegan Prescribes Compassion

Finn told Steffy that he understands what it’s like to endure personal challenges. He seemed to be implying that he’s experienced a broken relationship, has come out the other side and that she will as well.

This likable, potential couple is inching toward taking the leap from professional contact to personal involvement. Yes, the prescription issue is a complicating factor. But based on both people’s demeanor they will find a way to make a pairing happen if they want to.