The Bold And The Beautiful Spoilers: Ashley Jones Shares Her Memories Of Cloris Leachman 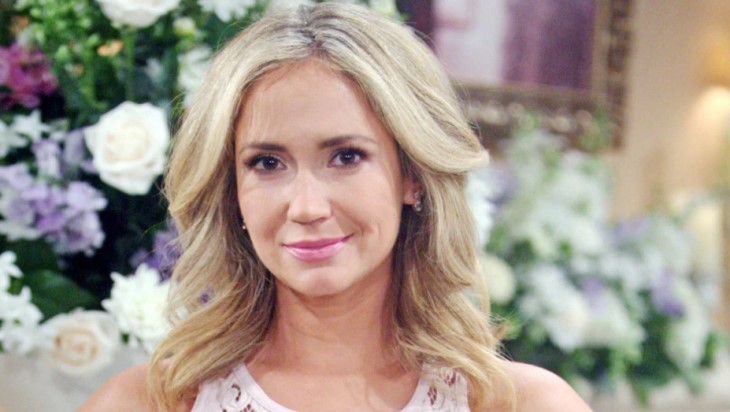 CBS The Bold and the Beautiful Spoilers hint that Ashley Jones has recently shared a few memories of Cloris Leachman. Ashley is known for her role as Brooke’s daughter, Ashley Jones, on the daytime soap, Bold and the Beautiful. When she is not on the soap opera, she can be seen working on other projects. One of her projects has led her to appear with the award-winning legend, Cloris Leachman. Cloris has won a total of eight Prime Time Emmys and one Daytime Emmy as well. On top of that, she received an Oscar for her role in The Last Picture Show as well as a Golden Globe Award for the sitcom Phyllis.

The Bold and the Beautiful Spoilers – The Wedding Ringer

Ashley played the role of Babs Fremont in the 2015 movie by the name of The Wedding Ringer. The that was used to film the movie was in Southern California. It is about a groom who went by Doug Harris, played by Josh Gad. Doug is engaged to Gretchen Palmer, who is played by Kaley Cuoco. The main problem of the movie is that Doug does not have a best man. This leads him to hire Jimmy Callahan, who was played Kevin Hart, who provides him with groomsmen and the best man. Cloris Leachman plays Grandma Palmer in the movie.

Ashley posted a picture on Instagram showing which shows what seems to be a break in filming where the wedding scene seemed to be being scened. In this picture, Cloris can be seen braiding Jones’ hair in the picture, and everyone seems to enjoy the scene of Cloris braiding Jones’ hair. Jones wished Cloris a happy birthday with a caption reading “#ClorisLeachman may not remember me and trying to fix my hair in between scenes, but I will never forget her! Happy 94th Birthday, funny lady, from a longtime fan. I can only imagine hearing your quarantine stories right now!”

The Bold and the Beautiful Spoilers: Could Sally Kill Flo? How Far Will She Go? https://t.co/PySZmLT80t pic.twitter.com/99QRxpaFI8

It’s nice to see the cute moment that the two shared with one another on the set. What do you think about Ashley’s Birthday Message? We’ll give you updates as other B&B news comes in. Stay tuned to the CBS soap, and don’t forget to check SOS often for the latest Bold and the Beautiful spoilers, updates, and news.

General Hospital Spoilers: Ingo Rademacher Tries To Find The Balance In His Life – What He Said!