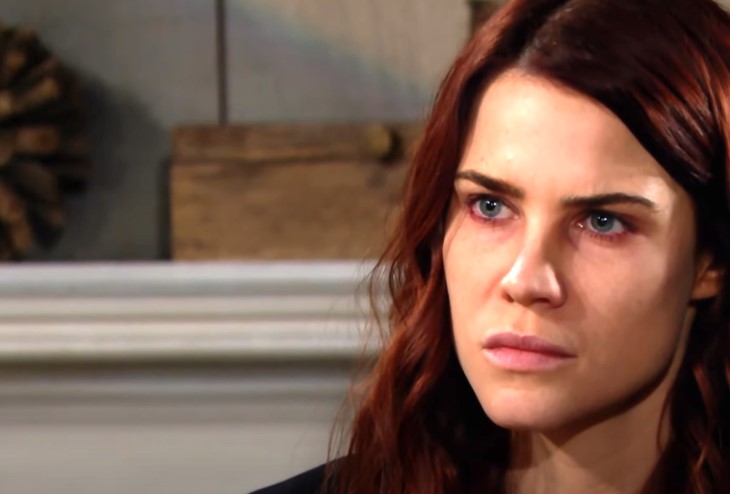 The Bold and the Beautiful spoilers reveal that Sally Spectra (Courtney Hope) will find herself trapped. After Flo Fulton (Katrina Bowden) is knocked unconscious, Sally and Dr. Penny Escobar (Monica Ruiz) panic, especially when Wyatt Spencer (Darin Brooks) comes home. Flo won’t keep quiet when she wakes up. Sally might be forced to flee Los Angeles or go to jail.

The Bold and the Beautiful Spoilers – Flo Fulton Pushes Too Hard

Bold and the Beautiful Spoilers: Hiding Flo’s Body From Wyatt – Sally’s Scheme Spirals Out of Control

B&B spoilers reveal that Flo will take drastic action when she finds out that there is nothing wrong with Sally. Instead of taking a picture of the medical records to prove her case to Wyatt, Flo takes matters into her own hands. She decides to confront Sally and the conversation gets intense.

Then, Dr. Escobar gets in the middle of it and while the three women are fighting, Flo gets knocked unconscious. Oops.

Flo being knocked out is a bit of a problem because assault is a crime. However, that’s not Sally’s only concern. With Flo laying on the floor, Wyatt suddenly returns home. This means that Sally and Dr. Escobar need to get rid of Flo’s body. After all, how are they going to explain what happened to Flo?

However, moving Flo’s body somewhere else will only be a short-term solution. It might prevent Wyatt from seeing Flo unconscious on the floor, but what happens when Flo wakes up?

The Bold and the Beautiful Spoilers – Sally Spectra Freaks Out

The Bold and the Beautiful spoilers reveal that Sally officially goes into freak-out mode. Not only does she not want to go behind bars for assault, but she can’t risk Flo telling Wyatt the truth. It will be her word against Flo’s and could cause her plan to crumble.

Knowing that Flo will eventually wake up and there is no way to stop her from telling Wyatt the truth, Sally could make a drastic decision.

Not only does Sally not want to go to jail, but she can’t risk Wyatt knowing she made up the whole sickness scheme. Now, we still don’t know Sally’s fake diagnosis. However, it is indicated during recent scenes that it is something that can be treated.

The Bold and the Beautiful Rumors: Flo Gets Vindictive – Determined To Oust Sally From Forrester Creations https://t.co/glEUcyhnTP pic.twitter.com/wQtEjokVRT

So, she could suddenly decide to get treatment for her disease, which will be outside of Los Angeles. That will give Flo back Wyatt and could convince her not to say anything. But she’s not ready to give up on the man she loves just yet. So, how can she spin this so it benefits her and prevents Flo from winning? We will have to keep watching the CBS soap to see Sally’s next move.

General Hospital Spoilers: Could Obrecht Actually Plead Guilty Just To Keep Maxie And Her Grandson In Her Life?