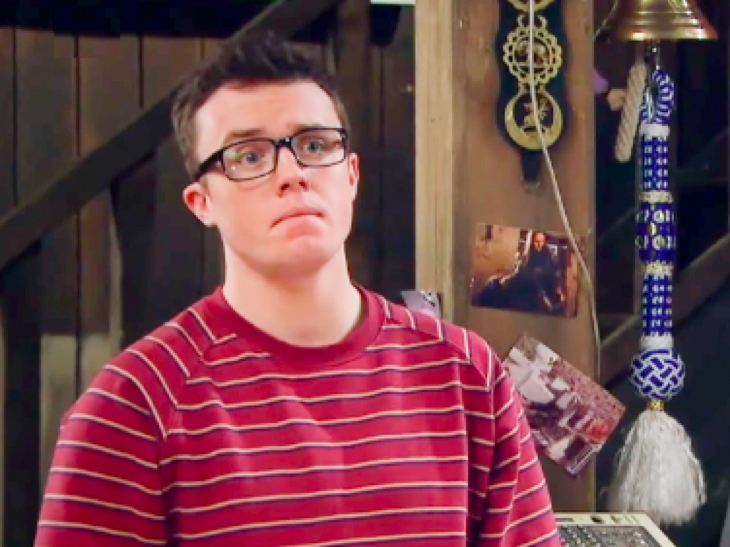 Emmerdale Spoilers hint that Vinny Dingle (Bradley Johnson) may be running into his father without even realizing it. Determined to build a relationship with his son, Paul (Reece Dinsdale) will get a job working with Vinny. However, how long can he go without exposing his true identity to his father?

Vinny will soon be getting a new coworker who viewers will not be too surprised to learn will be Vinny’s father. Paul has come to Emmerdale in hopes of making up for the lost time. However, Mandy Dingle (Lisa Riley) will not even give him the time of day, let alone the whereabouts of his son, Vinny. It makes sense that she would be skeptical of his motives and not want even to give him a hint that his son is located in Emmerdale. To Vinny, Mandy is his only family and vice versa.

Mandy and Vinny have been trying to make sure that they would not be separated from each other as they have built a bond between one another. So, when Mandy bumps into Paul by chance, she lies about Vinny not living with her and instead tells him that she has no idea of where he could be. She thinks she has thrown him off of Vinny’s path, but this may not be the case.

Emmerdale Spoilers – Paul Has a Plan

Paul will somehow make his way to the wedding that is happening in the upcoming episodes and will see that Vinny is there with Mandy.

Knowing that Mandy will not let him near his son, Paul will take a job at where Vinny is working in order to build a bond between him and his son. He may also realize that Vinny would not want a relationship with him if he just showed up and said that he was Vinny’s father. However, could his plan work, or could it backfire on him?

With Paul’s arrival in Emmerdale, things may be shaken up a bit as he tries to build a bond between him and Vinny without, and Mandy tries to keep him away from Vinny. What do you think? Will Paul’s plan to reunite with Vinny work? Be sure to catch up on everything happening with the soap right now. Come back here often for Emmerdale spoilers, news, updates, and rumors!

Emmerdale Spoilers: DI Malone Could Be Wendy’s ex – Hints Have Been Spotted By Fans