The Bold and the Beautiful News: Actress Heather Tom Just Got The Best Review Of Her Life 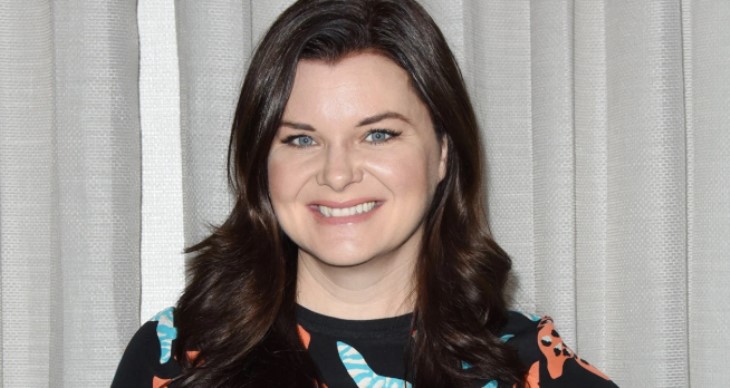 Also known as Katie Logan on “The Bold and the Beautiful,” Heather Tom gets a rave review as a teacher. The positive feedback came from no other than Zane, her son. Just like everyone else in the country, the actress is staying at home with her family because of the coronavirus pandemic.

Zane got a pen and paper and wrote down an excellent review of her mom’s teaching skills. As expected, her son’s review brought the actress to tears.

The Bold and the Beautiful Spoilers: Desperate Wyatt Seeks Advice – Goes to Bill for Help

It started with “Dear Mrs. Achor,” which is his mom’s married name.

“Thank you for helping me make my magic wand today. I’m really happy with the way it turned out. Love, Zane,” the kid wrote.

The actress replied with, “This made me bawl. #motherandson #surpise #letter #love #proudmama.”

Co-star Don Diamont commented and said, “As we know, anything and everything makes you bawl! Lol. Having said that, it’s so sweet!❤️”

“The Bold and Beautiful” spoilers hint that Quinn Forrester (Rena Sofer) will be furious. Viewers know that Quinn has been causing problems for many characters in the show. But if there’s someone who’ll she’ll protect in any way she can, it’s her son, Wyatt Spencer (Darin Brooks). She doesn’t agree with her son’s choice of women especially Katie Logan (Heather Tom) and Sally Spectra (Katrina Bowden).

Upcoming scenes will see her become supportive of his son’s quest to help Sally. The latter has moved back into Wyatt’s place so they could spend her supposedly last days on Earth together. But fans know that Sally’s illness is all but a ruse to get her closer to Wyatt. Sally’s latest scheme will eventually be exposed.

It won’t be too long and Flo Fulton (Katrina Bowden) will expose Sally’s lies. When that happens, she’ll be forced to admit that she faked her illness.

The Bold and the Beautiful Rumors: Flo Gets Vindictive – Determined To Oust Sally From Forrester Creations https://t.co/glEUcyhnTP pic.twitter.com/wQtEjokVRT

A lot of people will be upset with her for what she’s done including Flo, Katie, and Wyatt. These three may be upset but they are unlikely to retaliate against Sally.

But it will definitely be different from Quinn will be outraged once she finds out that she tried to fool her son. Quinn will take all these seriously and she may have an intense confrontation with Sally once it’s revealed that she’s faking her condition.

The Bold and the Beautiful Rumors: Flo Gets Vindictive – Determined To Oust Sally From Forrester Creations

The Young and the Restless Spoilers: Victor Comes Clean With Nikki – Does She Buy His Story?