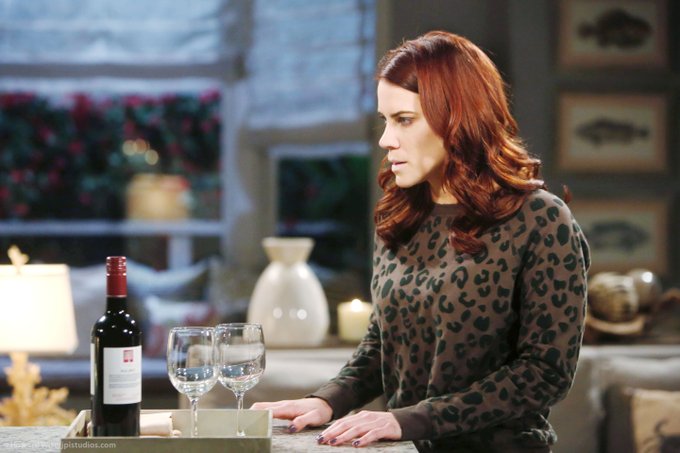 B&B Spoilers: Wyatt Spencer And Sally Spectra Sit On The Floor And Talk

Wyatt and Sally sit on the floor around the coffee table at Wyatt’s beach house and talk. Sally tells him she needs him, and he tells her he’s all in and he really means it, as she looks at him skeptically. Then there is a scene of her falling into his arms, up on the couch.

Viewers of The Bold and The Beautiful will recall that Wyatt, after hearing that Sally had a terminal illness, had moved her back in with him in his beach house, where the two of them had made so many happy memories with each other before he broke up with Sally – twice – to go back with his high school sweetheart, Flo Fulton (Katrina Bowden) and Sally has been fed up to THERE with his flip-flopping between the two of them! Flo was all in with his plan to not let Sally die alone, and to make her last days happy – Sally hadn’t banked on them knowing she had the disease, however, and made a great big deal about not wanting him to pity her.

But now, Flo is becoming suspicious – she tells Wyatt that Sally will only fight for her life if he and Sally are back together, and tells him it’s emotional blackmail! Sally then pressures her doctor, Dr. Penny Escobar, (Monica Ruiz) reminding them that they had a deal – that the whole point of doing this was to get Wyatt back, as scenes of Sally being taught how to use a walker in Dr. Escobar’s office play. Then a scene of Flo and Wyatt kissing plays with Sally continuing to talk to Dr. Escobar, and telling her that she’s not quitting the ruse until she gets Flo away from Wyatt! This whole illness has only been stress, and Dr. Escobar wanted to get into the fashion design business and Sally had told her she would help her if she would help her get Wyatt back – and they had grossly exaggerated Sally’s illness and gave her a diagnosis of a terminal disease, and now Dr. Escobar is getting nervous and telling Sally it’s gone too far and she needs to give up the ruse!

Sally’s ruse has now gone so far that the whole Forrester family and most of the Spencer family know that she’s dying and are putting all their efforts into helping Sally through her last days – Ridge Forrester (Thorsten Kaye) had finished her designs that she had been unable to complete, and put them in one of his fashion lines, and Katie Logan Spencer (Heather Tom) had stayed close to Sally and been her closest confidant about her “illness”. Sally’s not giving up the ruse until she has Wyatt to herself!