The Bold and the Beautiful Spoilers: Quinn Pushes Her Agenda – Wants Flo To Walk Down The Aisle And Marry Wyatt 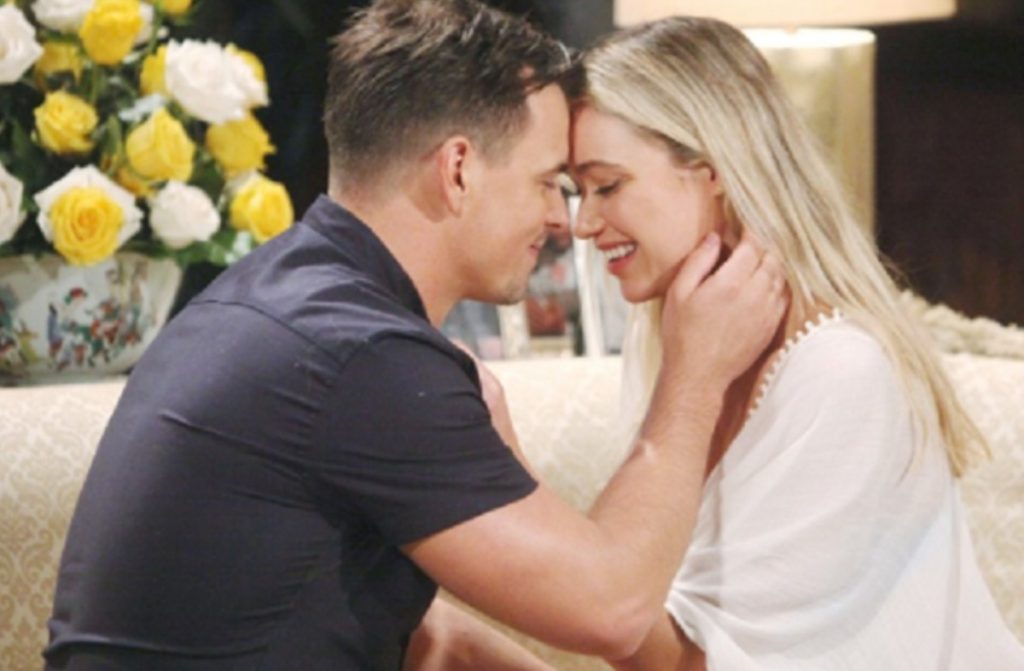 Wyatt told Sally that Flo was back and that he still loved Flo but he didn’t really break up with her, although he hurt her badly! Sally even went to Flo and staked a claim on her man to her, but Wyatt has yet to officially end the engagement to Sally.

Wyatt even went looking for her at Forrester when he was concerned about her wellbeing but she shut him down and set him on his way. Unknown to Wyatt, Sally is suffering from a serious disease which makes this whole scenario and its timing even worse! But Sally wants to keep it a secret from him because she doesn’t want his pity, and doesn’t want him feeling obligated to her because of her illness!

Quinn is more interested in her bestie’s daughter getting the man she wants than she is in Sally getting hurt. Quinn doesn’t want Wyatt being wishy-washy with Flo – and as his mother, she wants her son with her best friend Shauna Fulton’s (Denise Richards) daughter.

Wyatt and Flo were high school sweethearts and he has migrated between Flo and Sally at least one time before. She is afraid if he doesn’t marry Flo right away, he might migrate back to Sally again and that’s not someone she wants him to be with! She was the one who encouraged Wyatt to break up with Sally and pushed him towards Flo the last time in the spring of 2019, and now she’s back to the same manipulative games!

Wyatt certainly would have a difficult time making the breakup with Sally official if he knew she was sick – it’s a good possibility that Quinn may have been lurking when Sally has had some of the attacks she has been having, and she knows there’s something wrong.

Sally was exactly correct about Wyatt when she told Katie Logan Spencer (Heather Tom) who reached out to support her when they accidentally met in the same medical clinic that she didn’t want Wyatt to know since he would pity her and come back to her when he really wants to be with Flo out of pity and a sense of obligation to her.

She wants Wyatt but she wants Wyatt to want her, and her only. She won’t share him with Flo! This is another reason that Quinn aggressively pushes Wyatt to marry Flo right away! She’s afraid he’ll change his mind again if he sees Sally’s health failing!

The Young and the Restless Spoilers: Adam And Nick Clash At The Newman Gala Over The Dark Horse