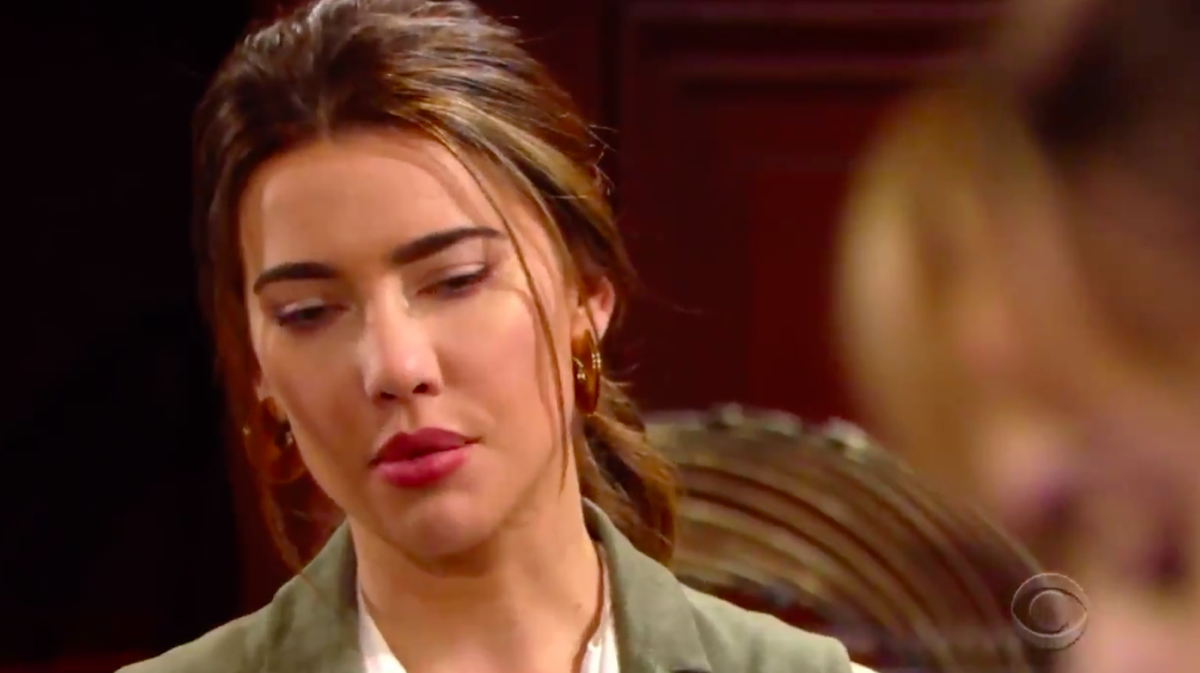 The Bold and the Beautiful spoilers for Thursday, February 6, tease that Zoe Buckingham (Kiara Barnes) will find herself on the defensive. As B&B viewers know, she’s ben involved in a relationship with Thomas Forrester (Matthew Atkinson) for several weeks now.

Zoe is under the impression that their relationship is real and genuine, but the truth is that Thomas is using her in a very calculated way. He started seeing her in order to disarm Hope Logan (Annika Noelle) and to get her to agree to work with him at Forrester Creations.

And now, Thomas is continuing the relationship with Zoe to “prove” to everyone that he’s reformed and is moving on from his obsession with Hope. But Zoe is under the belief that their relationship is real, even though she had her doubts in the beginning. Well, the Bold and the Beautiful spoilers say that Zoe will get quizzed about the veracity of her relationship with Thomas from someone unexpected…Carter Walton (Lawrence Saint-Victor).

Carter has noticed Zoe before, and on Thursday’s episode of B&B, he’ll do some flirting with her and wonder about her relationship with Thomas. It looks like Carter will be interested in dating Zoe, but he’ll want to know exactly where she stands with Thomas first – that is, after telling her that she’s beautiful and offering her some nice compliments. It will be interesting to see if Zoe finds herself interested in Carter as well.

Meanwhile, on Thursday’s new episode of B&B, Thomas will sweat it out as Steffy Forrester (Jacqueline MacInnes Wood) stands before Hope, ready to come clean about how her kiss with Liam Spencer (Scott Clifton) came about. As B&B viewers know, Steffy is feeling really guilty about the whole thing, and she wants to tell Hope the truth about how she was complicit in Thomas’ plan to break up her relationship with Liam.

The Bold and the Beautiful Spoilers: All About Carter – Is He The Right Fit For Zoe? https://t.co/rQRxDWrD0U pic.twitter.com/IwBlrD6Byd

Next, the Bold and the Beautiful spoilers say that Steffy will have some nice moments with Liam and Kelly Spencer (Zoe Pennington) on Thursday’s episode. As B&B viewers will remember, Steffy told Hope that her nanny had to leave early for the day, so it looks like Steffy and Liam will decide to have some family time together.

And while they are together, it looks like a little romance will happen as well. B&B spoilers say that sparks will fly for Steffy and Liam, and that they’ll even end up sharing a sweet kiss. We’ll see how it all comes about, but it should be a very different circumstance than their lass kiss, which was solely the result of manipulation. This time it will be more natural and something that Steam fans can celebrate.