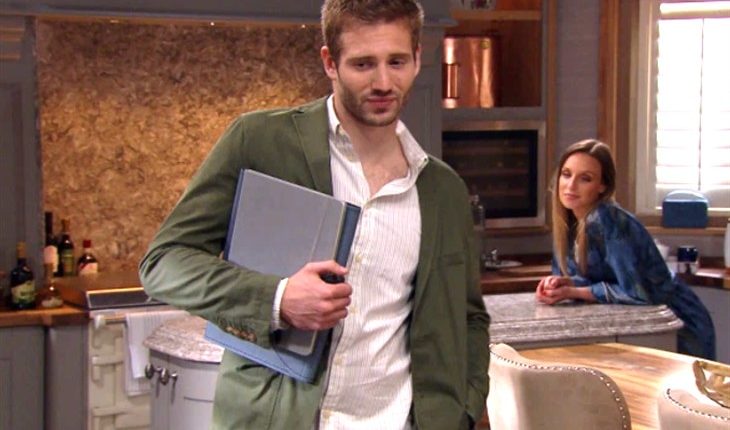 ITV Emmerdale spoilers for the week of July 27 reveal Andrea Tate (Anna Nightingale) ups the ante. Jamie Tate (Alexander Lincoln) puts on a mask but might come up with a plan of his own. Moira Dingle (Natalie J. Robb) finds out she was betrayed. Plus, Luke Posner (Max Parker) and Victoria Barton (Isabel Hodgins) might get a second chance at romance.

Emmerdale spoilers for Monday, July 27 reveal that Andrea forces Jamie to arrange a romantic dinner. He ends up taking Jai Sharma’s (Chris Bisson) advice and masterminds his own plan to gain the upper hand. Andrea falls for Jamie’s trickery and is convinced she has her marriage back. She has no clue that her intimate blackmail and forced love is about to backfire.

Meanwhile, Belle Dingle (Eden Taylor-Draper) watches the two together and can’t take it anymore. She ends up storming out of The Woolpack.

Fans can also expect to see Moira trying to remember details from the night of the hit and run. Matty Barton (Ash Palmisciano) lets it slip that Nate Robinson (Jurell Carter) and Rhona Goskirk (Zoe Henry) are working together. Moira feels betrayed and wants to take action, but Cain Dingle (Jeff Hordley) has a different idea. It is also teased that Cain and Moira will continue to get closer.

On Wednesday, July 29, Jamie continues wearing a mask in front of Andrea and she is fooled. Thinking she has her husband back and Belle is no longer a concern, she relishes in her romantic bliss. As Jamie heads out, she doesn’t notice that his mask falls off and the look on his face is pure hatred.

On Friday, July 31, Sarah Sudgen (Katie Hill) breaks into Holdgate to search for clues. She pockets a gold bracelet, as well as Priya Kotecha’s (Fiona Wade) ring. Charity Dingle (Emma Atkins) tracks down Sarah after becoming suspicious. She arrives at Holdgate and chides Sarah for breaking and entering. However, they both panic when Priya begins to open the front door. As they lay low and keep quiet, Charity and Sarah are intrigued as they listen to Priya’s phone conversation.

Also, Luke helps Victoria with an order at HOP. While the two chat, Amy Wyatt (Natalie Ann Jamieson) observes a charged moment between them and comes up with a plan.

TLC ’90 Day Fiance-Happily Ever After’ Spoilers: Dinnertime Drama Erupts As Colt and Debbie Have Dinner With Jess’ Family