The Bold and the Beautiful spoilers for Monday, January 13, tease that Liam Spencer (Scott Clifton) will reel from the confrontation that he’s just had with Hope Logan (Annika Noelle). As B&B viewers know, Hope caught Liam and Steffy Forrester (Jacqueline MacInnes Wood) kissing on the cliff and a big confrontation ensued.

Well, on Monday’s B&B episode, Steffy and Liam will regroup, and it appears that Steffy will be feeling pretty guilty about everything that just went down. As B&B viewers know, Steffy was complicit in Thomas Forrester’s (Matthew Atkinson) plan – and Steffy kissed Liam right on cue when Thomas called her phone. It looks like Steffy will attempt to tell Liam exactly what she did and how Thomas set the whole thing in motion. 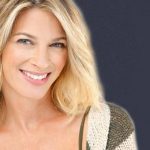 Whether or not Steffy is able to get her confession out remains to be seen, but B&B spoilers are clear that Liam will make a confession of his own to Steffy. Will he confess to Steffy that his relationship with Hope is irrevocably over? Or perhaps that he still loves Steffy? As B&B viewers know, Liam already confessed to Hope that he still loved Steffy, but he might decide to make it official and tell Steffy how much she means to him.

Or perhaps Liam’s confession will have to do with his relationship with Kelly Spencer (Zoe Pennington). Kelly certainly came up during the big confrontation on the cliff, with Liam admitting that he doesn’t spend enough time with his eldest daughter. That seemed to really upset Hope, who fired back that he wouldn’t be spending as much time with Beth Spencer (River Davidson and Madeline Valdez) from now on.

Liam might realize that the place where he needs to be is at the cliff house with Steffy – something that will be music to Steffy’s ears, although it might make her feel even more guilty after what she’s done.

Meanwhile, on Monday’s new episode of B&B, Hope will return back home feeling absolutely devastated. She’ll quickly find Brooke Forrester (Katherine Kelly Lang), and B&B spoilers say that she’ll break down in her mother’s arms. She’ll explain what happened out on the cliff and how she had gone there with the intention of working things out with Liam, but then saw Liam and Steffy’s kiss.

It also appears that Hope will be angry as well as devastated, as it seems that she’ll even pack Liam’s bags for him and be ready to send him on his way once he does return. It appears that Hope will be resolved that her relationship with Liam is over, as she’s simply not willing to give up Douglas Forrester (Henry Joseph Samiri) and cut Thomas out of her life for good.

The Bold and the Beautiful Spoilers – Will Hope Logan Change Her Mind About Leaving Liam Spencer?

Of course, Brooke might try to talk Hope out of her decision to end things with Liam. Brooke has always wanted Hope and Liam together, and she’ll probably try to reason with her daughter and get her to be willing to compromise and fight for Liam. But it doesn’t look like Hope is going to be willing to do that, given what she witnessed on the cliff with Steffy and Liam.