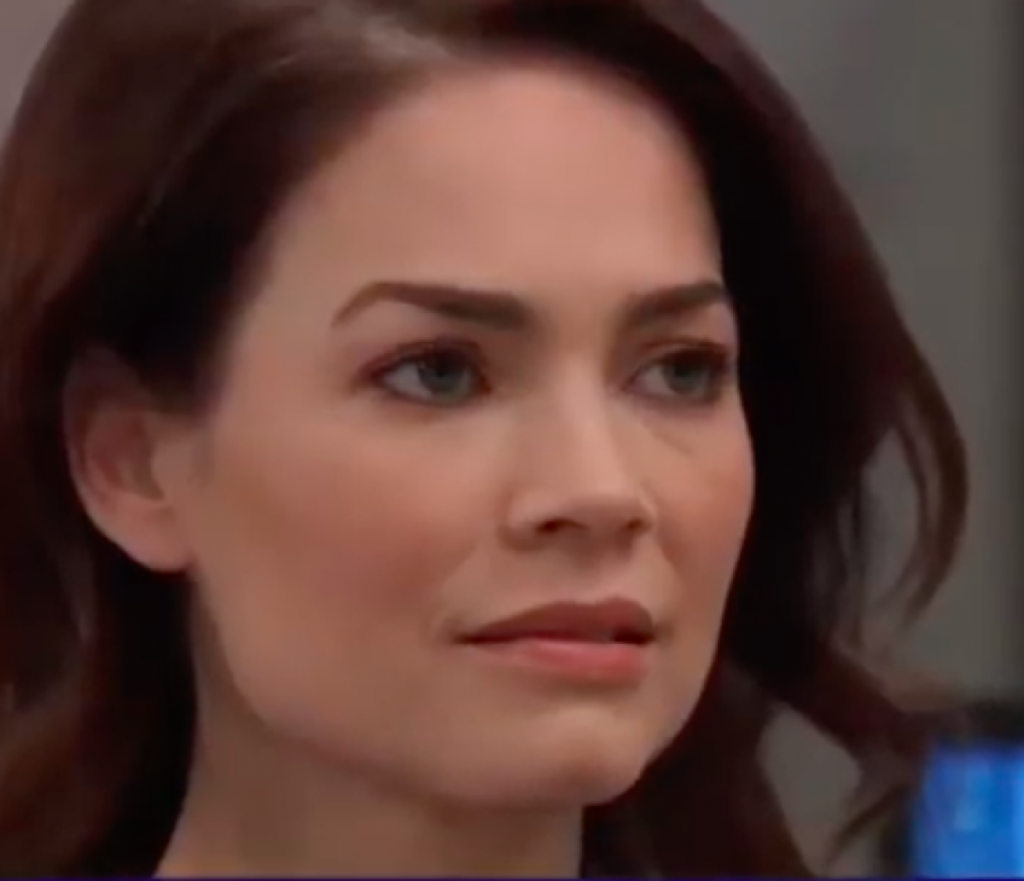 At the PCPD, Jordan Ashford (Brianne Nicole henry) meets up with Jason Morgan (Steve Burton) and tells him one of Sonny’s “coffee” trucks was found abandoned and torched. She wonders if he and Sonny have made themselves a new enemy.

At Crimson Magazine. Lucy Coe (Lynn Herring) meets with Maxie Jones (Kirsten Storms) about her new Deception idea. She wants Crimson and Deception to partner together on the launch. Nina Reeves (Cynthia Watros) invites her into the office to look at the layout and its features Sasha.

At General Hospital GH, Sasha Gilmore (Sofia Mattsson) finds Michael Corinthos (Chad Duell) in the board room. He updates her that he’s searching for a nanny for Wiley. Michael says none of the candidates seem right for him.

Sasha thinks he’s being a tad overprotective and Michael says maybe he should watch Wiley himself.

GH Spoilers – Brad Cooper is not handling his stress well

At the nurse’s station in (GH), Brad Cooper (Parry Shen) can’t find a file and has a meltdown. Willow Tait (Katelynn Mcmullen) walks over and has found the document for him, she says she’s worried about his stress.

Brad worries that Lucas’s family is turning against him and Michael brings up that he will watch Wiley. Michael pushes his position to watch the baby, but Brad yells – no way!

Julian says his only concern is the well-being of his grandson Wiley.

At General Hospital (GH), Elizabeth Webber (Rebecca Herbst) is shocked to see her old friend and one time ex Nikolas Cassadine (Marcus Coloma) alive. Elizabeth begins yelling at him about his whereabouts for the past three years but then goes in for a hug. Nikolas explains where he has been and that he married Ava Jerome (Maura West).

Jordan explains to Jason that Sonny’s delivery truck was found on the side of the road with no cargo. She wonders if he was aware of a missing shipment and thanks to her for finding the truck. Jordan keeps pushing about the truck and the driver, annoyed with Jason’s vague answers.

Shocked to see Sasha in the Crimson ad, Nina says she thought she had turned down the position? Lucy says she will give her 5% of the company if they work together. Nina says the only way they will work together is if Sasha is fired.

Nina stands her ground and wishes Lucy all the best. Maxie pushes back and thinks working with Deception is actually a good idea. Lucy calls Sasha and tells her to come to Crimson right away. Sasha busts into the conversation about Deception and argues with Nina.

Curtis comes by Jordan’s office and says he found out more information on her friend’s death, it was a drug overdose. Maxie takes the helm on Lucy’s idea as Nina finally considers the proposal. Brad suggests that Willow could watch Wiley, even with Julian’s loud objections. Jason meets up with Sonny and explains about the missing truck and Jordan’s suspicion. As he holds a knife, Sonny says whoever messed with his truck is going to regret it………flash to preview