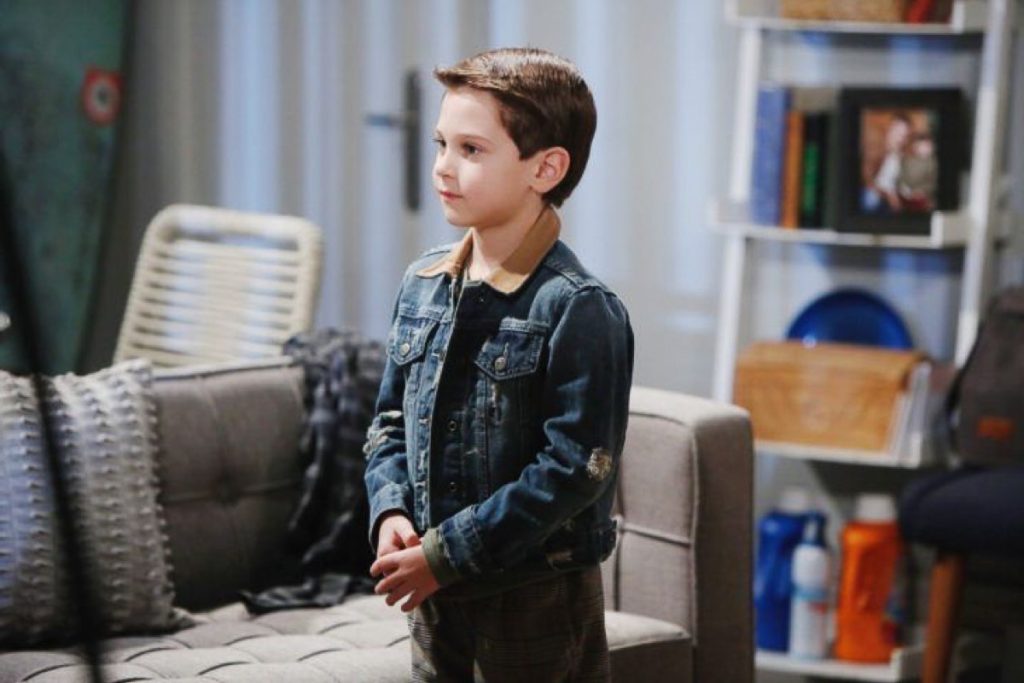 The Bold and the Beautiful spoilers document that in Los Angeles Hope Spencer (Annika Noelle) is taking control of Thomas Forrester (Matthew Atkinson). That’s happening in Thomas’ mind, rather than in reality, as viewers are being allowed to see.

Atkinson’s character is suffering from some undiagnosed health problem. That serious issue is causing him to believe that the Hope For The Future mannequin, which looks exactly like Hope and recently appeared to come to life, is commanding him to restore his one-time family.

Bold And The Beautiful Spoilers – Hope Spencer In The House

An apartment can be referred to as a house in this instance. With that, Hope’s choice to allow Douglas Forrester (Henry Samiri) to spend time with Thomas where he’s currently living also enabled a dinner between the trio.

Thomas’ interactions with the mannequin have revived the belief that Thope might somehow reform. Of course, that’s nowhere near possible, but Thomas’ deluded thoughts aren’t allowing him to see clearly. So, Atkinson’s character sees Hope’s availability to share a meal with him and Douglas as another encouraging sign.

Bold And The Beautiful Spoilers – Increasing Episodes Are Troubling

TPTB at B&B are allowing viewers to see from inside Thomas’ mind. The audience initially heard the mannequin speaking to Thomas, which was followed by it transforming from a plastic being into Noelle in a dual role.

The actor who played Hope for a number of years moved like a robot and projected a terse tone. She’s asked him to eliminate Liam Spencer (Scott Clifton). The doll also told Thomas to make his move on Hope while she was in the apartment with Douglas.

The visuals that are coupled with the events include a blurred vision look, which seems to indicate that Thomas has developed some type of condition that’s affecting his thought process, or he has an injury that’s affecting a specific area of his brain.

Bold And The Beautiful Spoilers – Douglas Forrester Alone With Dad

The real Hope told Thomas that she recognized the progress he’s made, which allows her to feel confident in letting Douglas be with him more often. That teases some coming alone time between this father, son, and the mannequin.

Douglas recalls being scared by a ghost in the fall of 2019. But neither he, nor Hope know that Thomas was behind that gaslight.

Projecting Thomas’ real-time interaction with plastic Hope, while Douglas watches, or Samiri’s character happening upon the mannequin himself is plausible. Whether either instance or both, proves to spark the next climax within this arc is worth the watch.