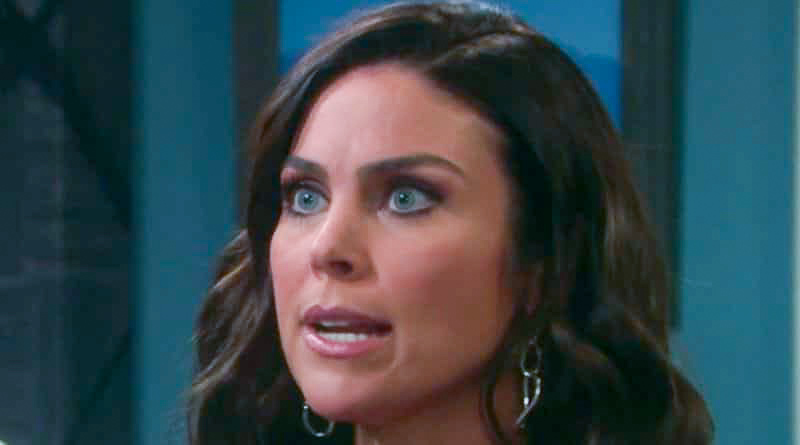 Days of Our Lives comings and goings reveal that we now know the date Nadia Bjorlin is supposed to return as Chloe Lane. Plus, we also have information on her storyline, as reported by the actress herself and confirmed by the winter promo. Keep reading to get all the exciting details!

DOOL comings and goings reveal that Bjorlin was supposed to return much earlier. However, the COVID-19 pandemic delayed that, the actress told Soap Opera Digest. At the time of that interview, Bjorlin was not sure when she would go back to work or when viewers could expect her to reappear.

According to Soap Opera News, Bjorlin’s return date is Thursday, December 3. We also saw Chloe in the winter promo, which was released during Saturday’s Day of Days event. From that promo, as well as Bjorlin’s interview with SOD, we have an idea of her first storyline.

Days of Our Lives comings and goings reveal that Bjorlin told the magazine that she believed a lot of her scenes would be with Philip Kiriakis (Jay Kenneth Johnson). The actress was really excited about that because she has interacted with him since “Ghoul Girl” was in high school.

That seems to be confirmed by the winter promo, which shows Philip looking really happy to see Chloe. He makes a statement to her, which is from a letter he read out loud to her during their teen years. It was right before their magical kiss, so we expect Philip and Chloe to rekindle their romance.

DOOL Spoilers – Other Days Of Our Lives Comings And Goings

Chloe isn’t the only Salemite that is returning to Salem. Others include Will Horton (Chandler Massey), Ciara Brady Weston (Victoria Konefal), Joey Johnson (James Lastovic), Tony DiMera (Thaao Penghlis), and Anna DiMera (Leann Hunley). We also expect to see Sami Brady DiMera (Alison Sweeney) at the end of the year and Lucas Horton (Bryan Dattilo) at the beginning of 2021.

What do you think of Nadia Bjorlin returning to the NBC soap opera? What would you like to see happen with Chloe Lane? Should she rekindle her former romance with Philip Kiriakis? Keep watching the daytime series to see what happens next with these characters.