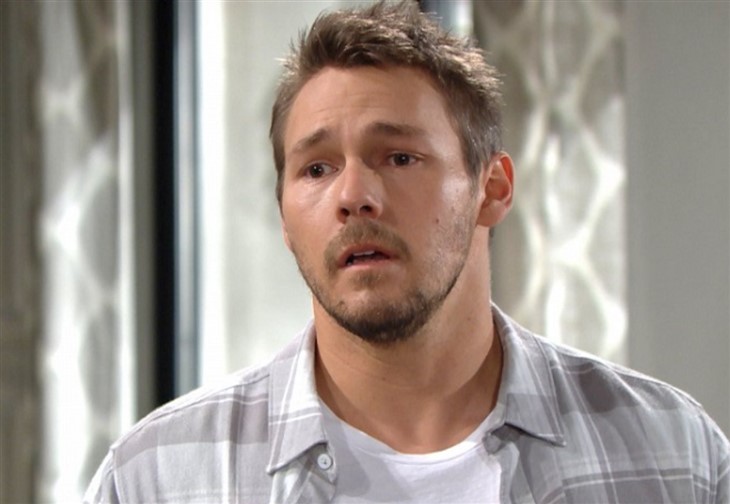 But Liam added a caveat in the cliff house, as he, Hope Spencer (Annika Noelle), and Steffy stood in a physically distanced triangle that fans have become accustomed to seeing. Thomas Forrester (Matthew Atkinson) was tagged with a word that sounded harsh but will prove out as fully on the mark.

The Bold And The Beautiful Spoilers – Yes, Thomas Forrester Is Disturbed

Liam was right to contrast his developing ideas about Finn and his staunch stanch regarding Thomas. Steffy’s smile was slowly dropped because of Liam’s conversation shift from family and Finn to her brother’s state of mind.

Thomas is exactly what Liam said he is, disturbed. It’s a shame that a number of people who care about Thomas haven’t agreed with Liam because doing so has allowed Atkinson’s character to avoid receiving the mental health treatment, which could include hospitalization and medicine, that he surely needs.

An eerie scene took place on The Bold and the Beautiful as Thomas began hearing the Hope mannequin’s voice in his head while he was with Finn at Forrester Creations. Viewers then heard Finn question Thomas, who was revealed as having said out loud what the Hope mind mirage was telling him.

Thomas has taken his repressed feelings about Noelle’s character and projected them into a life-size plastic doll that was made to resemble Hope. His choice to take the Hope For The Future mannequin to the apartment where he’s staying was the latest sign that Thomas hasn’t recovered. How could he, when the only treatment he’s been receiving are phone conversations with his mother?

The Bold And The Beautiful Spoilers – Scary Storyline Advancing Rapidly

In coming weeks Finn and Liam telegraph as being part of the eventual outing of Thomas’ scary problem. Teasers indicate that the Hope doll will be discovered in the near future. With that viewers can assume that Thomas won’t be able to explain his choice away.

Atkinson has scored hard in this villainous role. The terrific actor always makes the audience feel for his character, with a mix of apprehension and sympathy often elicited within the same scene.

B&B might be masking this storyline as part of the actual path that leads to Thomas’ redemption. Hopefully he doesn’t hurt others or himself in this projected scenario where he eventually receives help.