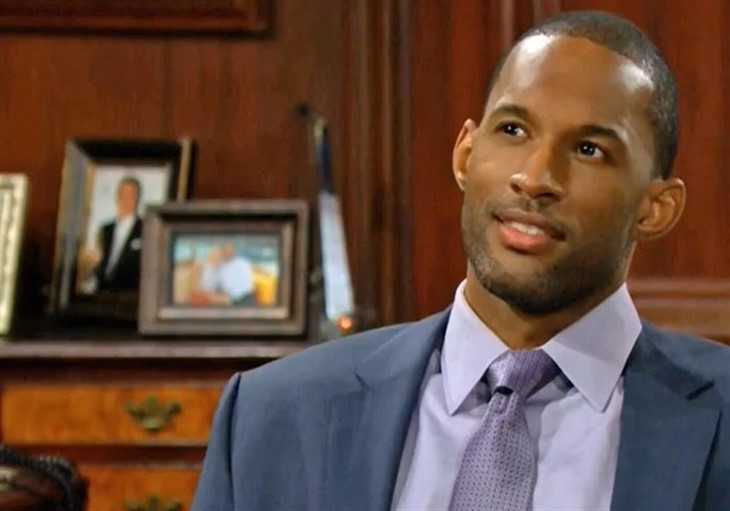 The Bold and the Beautiful spoilers reveal that viewers are worried that in Los Angeles Carter Walton will get his heartbroken. Why is he so interested in Zoe Buckingham (Kiara Barnes)? What does he see in her and what makes him blindly trust her? The Bold and The Beautiful Actor Lawrence Saint-Victor explained what Carter sees when he looks at his love interest.

The Bold And The Beautiful Spoilers Insights

B&B spoilers reveal that everyone wants to see Carter find love and be happy. However, not everyone thinks he found the right partner. While many are keeping their opinions to themselves, there is one person who has given Carter a warning. That individual is Ridge Forrester (Thorsten Kaye).

However, Carter is ignoring the warning and not even taking his time. Just after a few meals together, he asked Zoe to move in with him. She said not yet, but he keeps pushing the subject.

During an interview with the Australian magazine, TV Soap, the actor talked about being trusted. He recently got a promotion at Forrester Creations and is now the Chief Operating Officer. Saint-Victor said,

“When I read that Carter was going to be COO, it all came together. Okay…You’re back as a regular and your character is being elevated at the same time. That gave it a sense of synergy and appreciation. When Ridge and Eric Forrester [John McCook] said that Carter has been loyal and is a guy you can count on, I felt like that’s been my experience at B&B. I live for that show. I consider those people in my family.”

Seeing Good In Everyone

The Bold and the Beautiful spoilers reveal that just like Ridge and Eric trust Carter, he wants to pay that forward. However, not everyone is worthy of his trust. When it comes to Zoe, Carter sees in the good in her, just like he sees it in absolutely everyone he meets.

“I think so. One of Carter’s ‘superpowers’—and his Kryptonite—is his optimism and belief in people. He’s already decided he’s going to take a ‘clean slate’ approach with Zoe. He sees the good in people.”

Even though there is a chance that Zoe could pick Carter, it doesn’t look good. He’s stable, predictable, steady, responsible, and successful. He’s looking to settle down and wants to do so quickly.

Zoe is just the opposite. She claims that she wants to take her time because she failed relationships were all rushed, but that’s not really true. From a fan’s perspective, it looks like she is just a party girl who wants the best of everything — and every man — but refuses to be honest about it. Viewers are convinced that Carter’s heart is going to get broken in the cruelest way and it looks like they might be right.