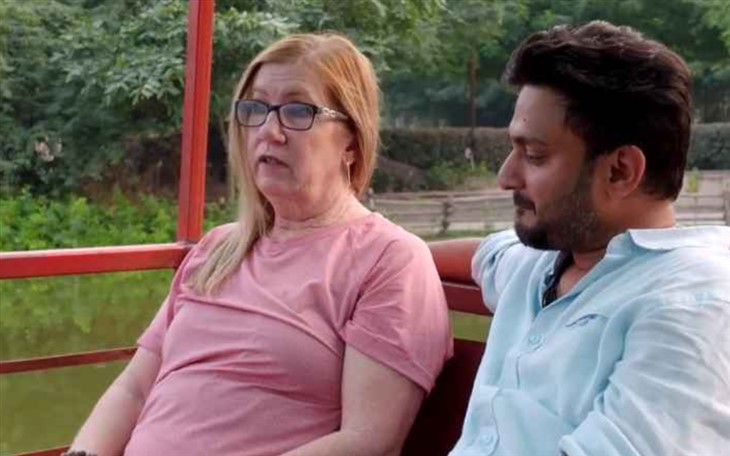 Jenny Slatten is about to confront her deepest fear on ’90 Day Fiance: The Other Way’. Stress appeared after Sumit said that his parents were coming to meet with them. But the upcoming event could produce an unexpected outcome.

Amit informed Sumit that their parents were ready to talk. While Sumit shares Jenny’s concerns about this impending event, he knows that it shouldn’t be put off any longer.

Amit recently met with Jenny and Sumit in a local restaurant. Their conversation centered on the reality that he and Sumit’s parents remained opposed to a marriage taking place.

The age difference between Sumit and Jenny was also something that Sumit’s friends discussed with the couple as well. Summit’s buddies even noted that their wives disapproved of his relationship because it went against cultural norms.

At least Jenny can take comfort in the fact that Sumit’s parents aren’t particularly opposed to her. Instead, they are expressing what appears to be a common belief regarding the perception of incompatibility based on age. However, Jenny and Sumit know that the depth of their feelings is real.

Sumit continues to put his family relationship and his friendship ties in jeopardy in order to be with Jenny. That alone demonstrates the sincerity of his love for her.

Viewers can clearly see that this couple is a good match. But it’s fair to say that they are in the pre-honeymoon period, meaning that they, Summit’s family, friends, and the viewers can’t predict how this couple would get along after actually marrying.

Sumit and Jenny were figuratively looking toward the altar as they were painting the walls in their rented home. But actually arriving at their wedding day and then moving beyond it represents unknown factors that are based on hope.

What happened in the past remains in Jenny’s mind. She and Sumit separated and Jenny returned to the United States. However, it’s reasonable to believe that Sumit’s parents could recognize what’s happened with the passage of time.

The fact that Jenny was willing to return to India and that Sumit remains as committed to her as he ever mattered. Sumit’s parents shouldn’t be expected to change their feelings about cultural issues, as those topics represent more than individual opinion. But possibly their hearts will be touched by the obvious love this likable couple continues to project to all who see them.