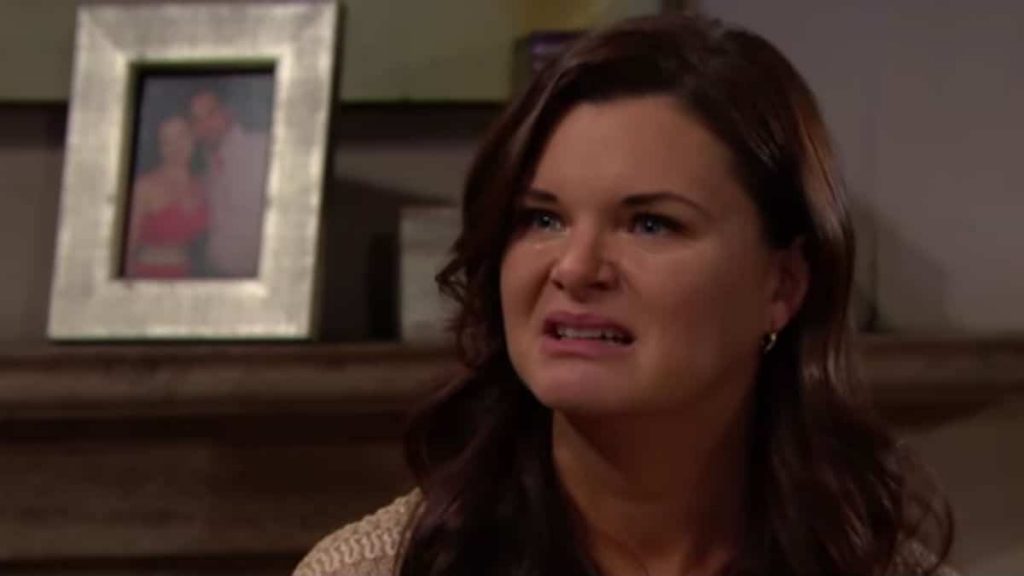 The Bold and the Beautiful spoilers reveal Sally Spectra (Courtney Hope) begs Katie Logan (Heather Tom) not to tell anyone her secret. However, she confides in Bill Spencer (Don Diamont). Plus, someone eventually informs Wyatt Spencer (Darin Brooks) of what is going on. What will Wyatt do when he hears about Sally’s diagnosis? How will the young woman respond when someone blabs her secret?

The Bold and the Beautiful Spoilers: Sally Spectra’s Plea

B&B spoilers indicate Sally has Katie come with her to the appointment with the specialist. After she receives her devastating diagnosis, Sally begs Katie not to tell anyone. However, the one person she really wants to keep this hidden from is her ex-fiance, Wyatt.

Ther request puts Katie in a difficult position. What if Wyatt asks her directly what is going on with Sally? What if the young woman dies and Wyatt ends up blaming her for keeping this a secret? There are so many questions going through Katie’s mind. In the end, she agrees not to tell Wyatt anything, but she won’t be able to keep that promise.

It is teased that Katie ends up confiding in Bill Spencer about what is going on with Sally. But that won’t be the only person she tells.

The Bold and the Beautiful Spoilers: Quinn Makes a Vow to Shauna, But How Far Will She Go to Keep Her Promise? #bb #boldandbeautiful https://t.co/RCoX8DTrMo

Wyatt Spencer Finds Out the Truth

The Bold and the Beautiful spoilers reveal Katie ends up telling Wyatt the truth. This doesn’t happen immediately, but Wyatt is in agony trying to help Sally. He knows something isn’t right and just wants to be there for her as a friend. Eventually, Katie tells him that Sally is sick.

The Bold and the Beautiful Spoilers: Support System Teased

Even though Sally will be angry about Katie betraying her trust, it will be for the best in the long run. Wyatt won’t think she is playing the sympathy card. He will want to be part of her support system. Faced with a medical condition that is devastating and will affect the rest of her life, she needs all the support she can get.

Days of Our Lives Spoilers: Victor Contacts Theresa Donovan – Can She Help Save Baby Mickey?