Days of Our Lives Spoilers: Victor Contacts Theresa Donovan – Can She Help Save Baby Mickey? 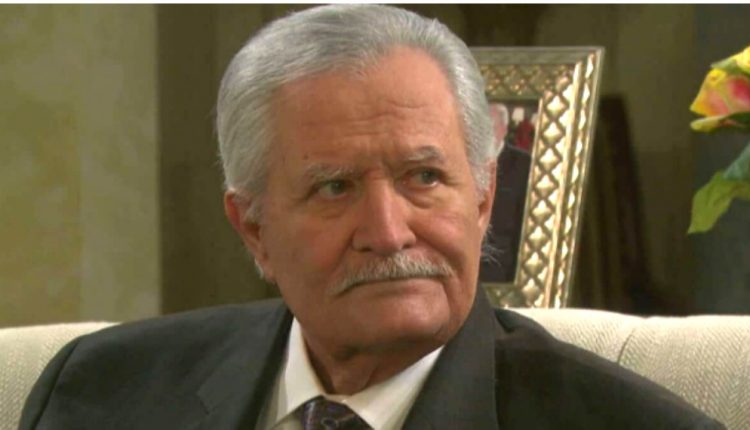 Days of Our Lives spoilers reveal everyone is desperate to find a bone marrow match for Mackenzie “Mickey” Horton (the May twins). This causes Victor Kiriakis (John Aniston) to reach out to Theresa Donovan (Jen Lilley). As fans know, Mickey is really Brady Black’s (Eric Martsolf) daughter, and so is Theresa’s son. Could the young man be a match for baby Mickey?

DOOL spoilers indicate Xander Cook (Paul Telfer) fears the truth about the baby swap will come out. In order to cover up the truth but keep the baby switch a secret, he reaches out to Brady. He urged him to get tested, which he understood. Although he and Eric Brady (Greg Vaughan) consider themselves brothers, they are not blood-related. Nonetheless, Brady agrees to get tested.

However, Xander isn’t done asking for favors. He begs Brady to reach out to Theresa and get her son tested. Brady is absolutely floored by this request. Even though Tate is a distant relative of Mickey’s, Brady tells Xander that the chances of him being a match are extremely slim. Due to Xander’s continual pushing, Brady starts to become suspicious and demands to know what is really going on,

Days of Our Lives spoilers suggest that Brady won’t contact Theresa or isn’t successful getting Tate tested. This means that Victor has to call Theresa and explain the situation. Now, Victor and Theresa were mortal enemies for a long time. However, her sacrifice to protect Brady and Tate made Victor have a certain respect for the young woman.

So, he probably feels safe revealing what is really going on and why it’s so important that Tate gets tested. After all, they are both schemers. It is confirmed that Victor will call Theresa and it has to be about the bone marrow test.

So far, nobody has been a match for baby Mickey. However, it would be too much for both Sarah and Kristen DiMera (Stacy Haiduk) to lose their babies. Is it possible that Tate is a match and will it protect Victor and Xander’s secret? Or will the truth come out and shatter the lives of multiple families?