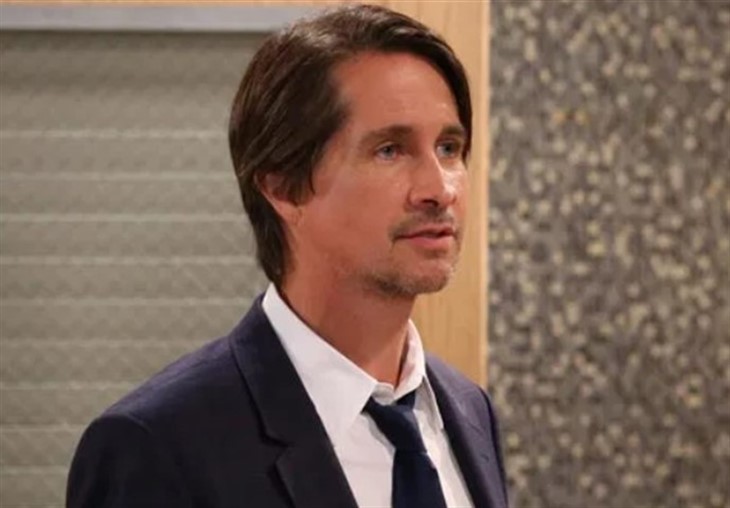 ABC General Hospital spoilers and updates reveal Hamilton Finn (Michael Easton) was estranged from his family when he came to Port Charles. However, fans were never given an explanation as to why. What did go on between Jackie Templeton (Kim Delaney) and Finn?

Finn Was Upset That His Father Married Quickly

General Hospital’s Finn has only mentioned that he was upset that his father remarried so quickly after his mother’s death. However, there was never any more said about it. Why did Finn’s father get married so quickly? Were Jackie and Gregory Chase (James Read) were having an affair while Gregory was still married to Finn’s mom? Did Jackie get pregnant with Chase forcing them to get married faster than Finn would have liked?

Perhaps General Hospital’s Finn was dating Jackie and she ended up having an affair with his father. Could Jackie has gotten pregnant by Gregory while dating Finn? Could an affair between Jackie and Gregory be the reason that Finn and Gregory don’t get along? What if there was another reason entirely that Gregory married Jackie? Is it possible that Gregory married Jackie for Finn?

Let suppose that Finn was dating Jackie while in medical school and Jackie got pregnant. No one would have wanted Finn to drop out of school so maybe Gregory and Jackie lied and said that baby belonged to Gregory instead. Would Finn’s father have married his girlfriend to keep him in school?

General Hospital’s Finn has resented his brother, Harrison Chase (Josh Swickard) for years. Perhaps Finn feels that his father replaced him and his mother with Chase and Jackie. But that if Finn has spent years resenting his own child and not his brother? How would Finn feel to learn after all this time that Chase is his son and not Gregory’s? Would Finn appreciate the sacrifice his father made for him or would he resent the fact that he was kept from his son for his entire life? Has Finn’s father been secretly protecting him for all these years?

Clearly, There Is An Issue

It is obvious that Finn wants nothing to do with Jackie leading on to believe that Jackie is where the issue lies. Finn has been distant from his father for some time.

Finn was clearly hurt by both Jackie and his father. This leads one to believe the Finn and Jackie could have been much closer than fans have been led to believe. Will the truth ever be fully revealed? Is Chase in for the shock of his life if the truth does come out?