The Bold and the Beautiful Spoilers: Here’s Why Hope Is Giving Thomas A Chance – Is She Blinded By The Lights? 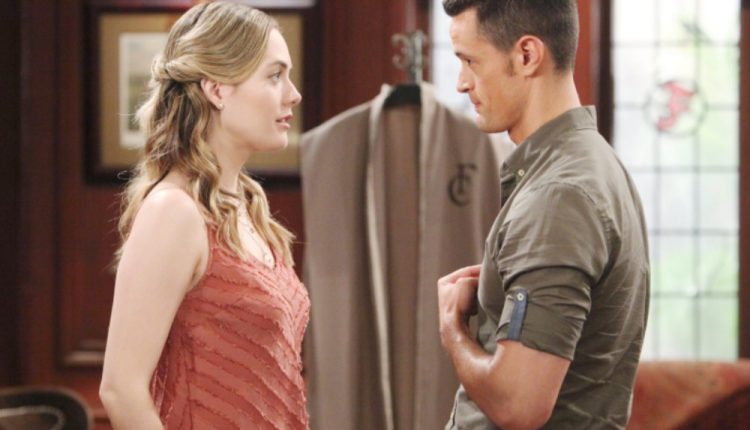 The Bold and the Beautiful spoilers indicate that Hope Logan (Annika Noelle) allows Thomas Forrester (Matthew Atkinson) to comfort her after her heart is broken. However, with his history, fans are wondering why she would let him get that close to her. It seems the answer is because she is viewing him as the man he used to be, not the man he is now.

The Bold and the Beautiful Spoilers – Hope Logan’s Heartbreak

B&B spoilers reveal Hope is absolutely heartbroken after she witnessed Liam Spencer (Scott Clifton) and Steffy Forrester’s (Jacqueline MacInnes Wood) kiss. It is understandable why she would be upset, but her actions afterward have viewers scratching their heads because it just seems so out of character for her.

Hope has been wary and cautious of Thomas ever since she found out the truth about his manipulations. Even when she agreed to allow him to be her designer for Hope For the Future, she was still being very careful. So, why is it suddenly acceptable for her to collapse into his arms after witnessing Liam and Steffy kissing? It’s a complete 180.

The Bold and the Beautiful Spoilers – Fooling Nearly Everyone

The Bold and the Beautiful spoilers indicate that Thomas has been busy fooling nearly everyone. It is part of his “relationship” with Zoe Buckingham (Kiara Barnes). It is just a romantic ruse to trick people into thinking that he can’t be obsessed with Hope anymore if he’s interested in Zoe. The only people that seem to see through the facade are Liam and Brooke Logan Forrester (Katherine Kelly Lang).

The Bold and the Beautiful Spoilers: Sally Spectra Leaning On Katie Logan For Help – But Can She Trust Her? https://t.co/pfg5tZ36MO pic.twitter.com/rooQABfS1W

In last week’s issue of Soap Opera Digest, actress Annika Noelle gave a teaser into why Hope is behaving a certain way. She desperately wants to believe that Thomas has changed. Not for her benefit, but so he can be a good role model and father to his son, Douglas Forrester (Henry Joseph Samiri). She is seeing the man that she knew years ago, not the man Thomas is today.

Days of Our Lives Spoilers: Maggie Takes A Bold Step And Walks Out On Victor