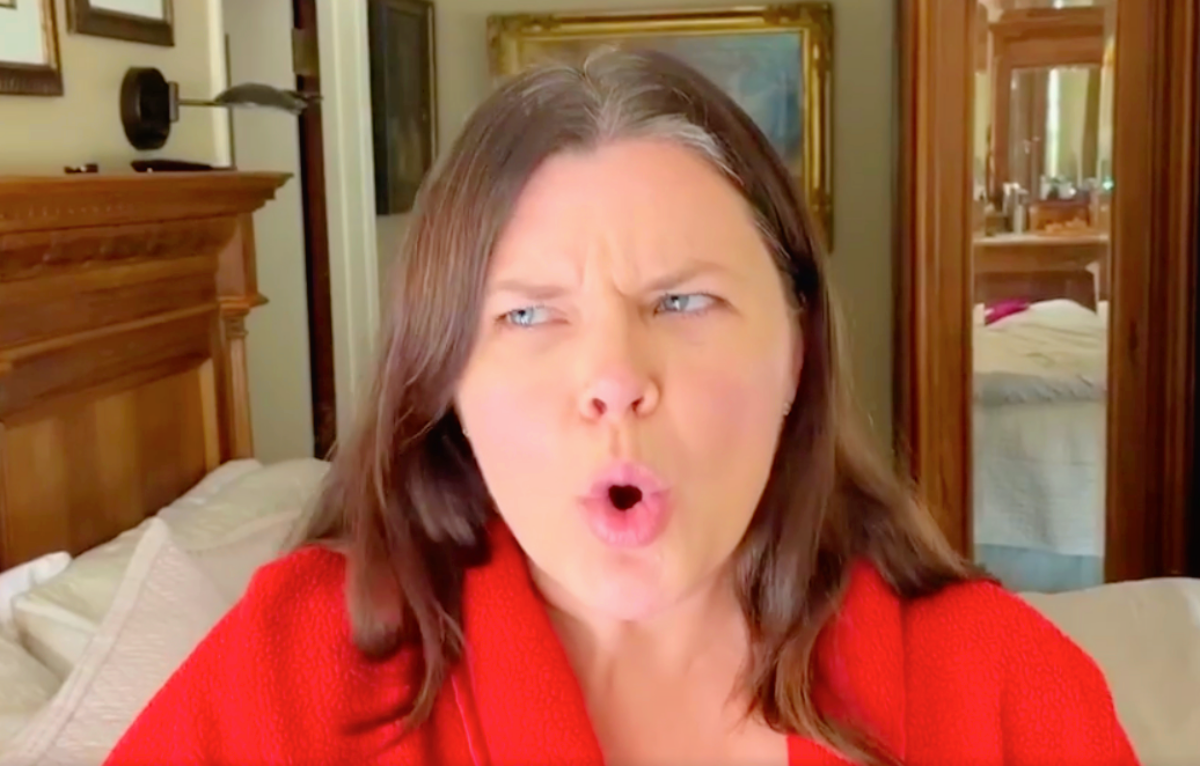 The Bold and the Beautiful’s Heather Tom has directed a short comedy video during this pandemic. Tom is a well-known actress who has won a number of Daytime Emmy Awards and a well-known director as well having directed episodes of B&B, The Young and the Restless, Good Trouble and Dynasty.

In the midst of quarantine as a result of the coronavirus pandemic, Tom decided to put her good talent to use. She noted, “ok…39 days into #quarantine and I have officially Lost. My. Mind…”

Tom can be seen in her short video comedy trying to fit herself into some clothes that would have fit perfectly fine just before the quarantine time took its effect on her. She can be seen going through the motions of a person trying to fit in and zip up her jeans doing everything possible to make it work.

Tom gave special thanks to her son; Zane Achor and Henry Achor who were guest stars in her short video. “Only humans were injured in the making of this video,” she noted. Her video works with the titled “Us vrs. Them.

Her co-stars all chimed in with lovely comments. Some said “I friggin love you”. Others stated things like “This is PERFECT!”, “Hahahaha omg this is AMAZING”, “THIS IS AMAZING”, “Omg! This is hysterical!! Love u!!” and more.

Bold and the Beautiful Spoilers: Ridge And Shauna Over Already?https://t.co/EBerR6ljMj

If you have not checked out Tom’s short home-made comedy film, we encourage you to do so now. You will get a very good laugh and see another side of the actress who explores her comedic side. Check it out on Instagram.