The Bold and the Beautiful Spoilers: Flo Spots Evidence During A Conversation With Dr. Escobar – Will She Tell Wyatt The Truth? 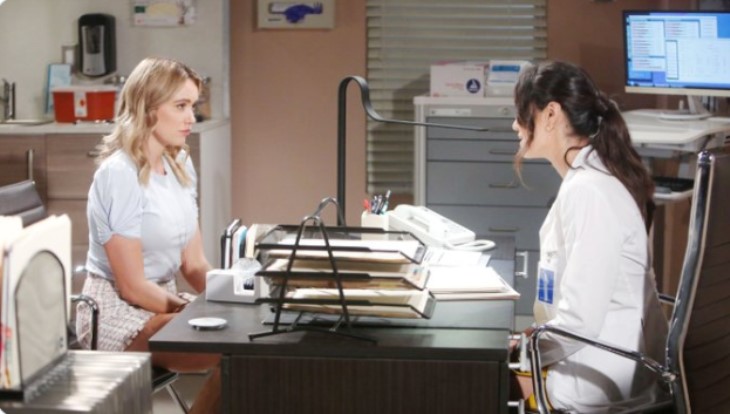 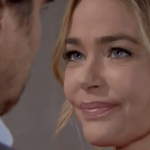 Wyatt Spencer (Darin Brooks) begs Sally to seek treatment for her illness, but she tells him there’s no point in her seeking treatment if she can’t be with him. Flo becomes suspicious at that point and pays a visit to Dr. Escobar herself. She goes there to see if she can find out anything about Sally’s illness and prognosis herself, but not necessarily to get the doctor to spill private patient information – she approaches it from the standpoint of things that a caregiver should know about a patient’s illness in order to help her and to take better care of her.

However, their conversation becomes rather tense – Dr. Escobar doesn’t want to tell Flo anything at all because of the fine line between private patient information as defined in the HIPAA laws, and because of those having ethical guidelines that she must adhere to. Flo expected that, but she didn’t expect the doctor to be so short with her and she finds her behavior to be odd, given the approach she had used with her.

The more Flo tries to get information, the more things heat up between herself and Dr. Escobar. She finally gets to the point where she asks Flo to leave, but accidentally reveals something; some fashion designs. Flo notices them and asks Dr. Escobar if she knew that Sally was a famous fashion designer. Dr. Escobar quickly puts them aside and makes an excuse, possibly that Sally had brought some of her designs to show her what effect that her hands shaking had been having on her work; but Flo becomes even more curious and suspicious as well – as if something’s not adding up.

This seems to be too coincidental to actually be coincidental! She decides she had better tell Wyatt about what she saw in Dr. Escobar’s office, since if Sally was refusing treatment, why would she bring her work to the doctor to see what kind of effect that her shaky hands were having on her work, to begin with?

Flo returns to Wyatt, but before she can tell him about the fashion designs, she sees how badly he feels about Sally’s medical condition and her situation. It upsets Flo because of how they have done so much to help Sally and wanting the best for her, and they are confused as to why Sally would not want to try to save her life.

The Bold and The Beautiful Spoilers: Katie Blasts Donna For Suggesting She Forgive Brooke – Not Going to Happen! https://t.co/u8tLU0Y3v3 pic.twitter.com/MCxRUebbVL

They have put their own lives on hold so that they can help Sally, and this is what they get for their efforts? Flo believes now that Sally is emotionally blackmailing Wyatt, and she cannot allow this to continue. She fully intends to put a stop to it!