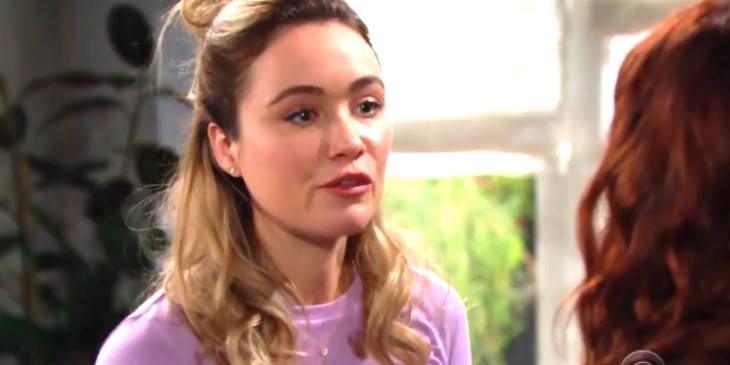 Bold and The Beautiful Spoilers: Rena Sofer Is Making Knives, And We Can Totally See Quinn Using One

The Bold and the Beautiful Spoilers – Flo Fulton Will Probe Dr. Penny Escobar For More Information About Sally Spectra

Flo will again go to Dr. Penny Escobar’s (Monica Ruiz) office, probing her for more information about Sally’s medical condition. Viewers of The Bold and The Beautiful will recall that Flo already tried that once last week, and the doctor kept telling her that she couldn’t tell her anything specific due to HIPAA laws, which are laws designed to protect a patient’s privacy concerning their health information.

The patient has to sign specific releases that certain people are allowed to know their medical information and this extends even to pick up medications in a pharmacy. But Flo has an agenda this time – she is going to discuss with the doctor the same things that she discussed with Wyatt – that Sally was supposedly so terminally ill that she only had a month to live, and yet it’s been way over a month and she has barely deteriorated – and she will demand why, and very pointedly at that – so that Dr. Escobar will know exactly how suspicious Flo is that Sally’s diagnosis is fake, and imply that she is in on it!

Flo will go with the intention of making the good doctor very nervous and hope to get her to admit it. But when that doesn’t work – although she can tell she’s achieved her goal of making her nervous – a situation comes up of which she will take advantage.

Flo told Sally – and Wyatt – that they need to start looking for a hospice for Sally, and that she plans to ask Dr. Escobar for a recommendation, and of course to get into a hospice she has to have paperwork showing the terminal diagnosis. Hospices are at no cost to the patient and are basically a place to make them comfortable while they wait to succumb to their illness – but they have to have the paperwork and the recommendation to the hospice from the doctor.

Usually, patients are moved to hospice when they are too ill to remain at home or they have gone into their last stages of life in a hospital and there is nothing more than the doctor can do for them. But Sally has supposedly been at this stage for over two months now! Sally – and Wyatt – were somewhat taken back by the wording “hospice”. So now that she is in the doctor’s office, she does take the conversation to that level with Dr. Escobar – she wants to know if she can at least get some paperwork so that she and Wyatt can get Sally into a hospice!

Bold and The Beautiful Spoilers: Rena Sofer Is Making Knives, And We Can Totally See Quinn Using One https://t.co/dHaZWmEtg3 pic.twitter.com/9j4GWhbXCO

Dr. Escobar, even though she is also Sally’s personal friend Penny, as was revealed to viewers previously, is tired of the ruse and in fact, has been trying to talk Sally into dropping it herself! So as she goes into another room to get some paperwork, thinking if Sally is actually put into a hospice and sees and smells death all around her she’ll give up on this scheme, she left her laptop open, and Flo takes advantage of the situation and brings up Sally’s medical records and sees she has proof that Sally – and the doctor – are lying! She hopes to get some photos on her cell phone to confront Sally with, but then the doctor comes back into her office!