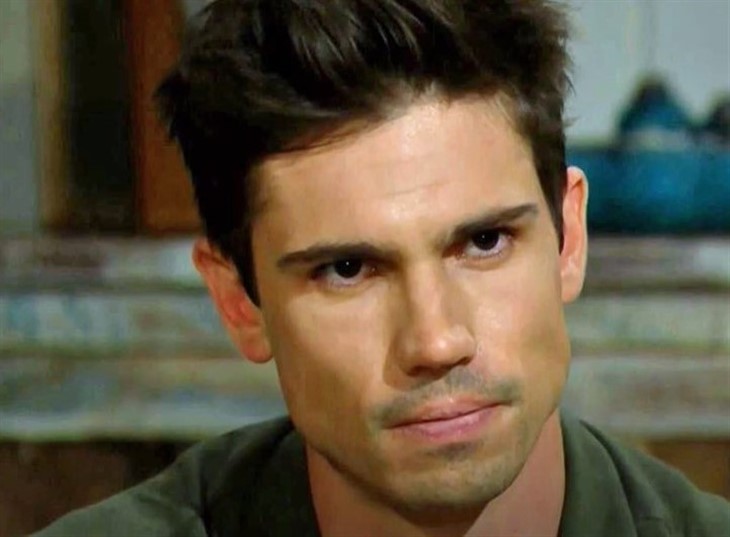 The Bold and the Beautiful spoilers for the week of October 19 reveal that Los Angeles’ Dr. John Finnegan (Tanner Novlan) will make a heartfelt promise. Finn tells Steffy Forrester (Jacqueline MacInnes Wood) that he promises to love and care for her in the way she deserves. Meanwhile, Liam Spencer (Scott Clifton) is forced to admit how he feels about his ex.

B&B spoilers reveal that Liam has constantly bounced between Steffy and Hope Logan (Annika Noelle). It wasn’t fair for either woman, but Liam eventually chose to be with Hope. While he moved on with his life, Steffy stayed single for two years. She finally has a love interest and the guy seems like a keeper. Finn is definitely doing and saying all the right things.

While Finn is sweeping Steffy off of her feet, Liam is resentful. He can’t seem to handle the fact that Steffy is moving on. For the longest time, she was alone so Liam could switch back and forth between Steffy and Hope. However, now that Finn and Steffy are together, Liam suddenly realizes he picked the wrong woman! He will continue to interfere in Steffy’s relationship. It gets so bad that he will look bad to everyone, including Hope.

The Bold And The Beautiful Spoilers – John Finnegan’s Romantic Promise

The Bold and the Beautiful spoilers reveal that during the week of October 19, Finn will make a promise to Steffy. He vows to care for her and love her in the way she deserves. Steffy is the only woman in his heart, so she will never have to compete for his love or attention. She also won’t have to worry about him staying. Finn is sticking around for a long time and makes sure that Steffy knows it.

While “Sinn” is falling in love, another relationship will be falling apart. Liam’s obsession with “Sinn” and his lingering feelings for Steffy is obvious. Hope will have to face the truth and so does Liam. She ends up telling Liam that he needs to deal with his feelings for Steffy.

Hope will have her own challenges to cope with, including the fact that Liam will never be all hers. No matter how much time passes or what Liam says, Hope will only have part of his heart because Steffy has the other half. Can she live with this or will she look for someone who loves only her and no one else?

Be sure to catch up on everything happening with B&B right now. Come back here often for The Bold and the Beautiful spoilers, comings & goings news, and soap opera updates.