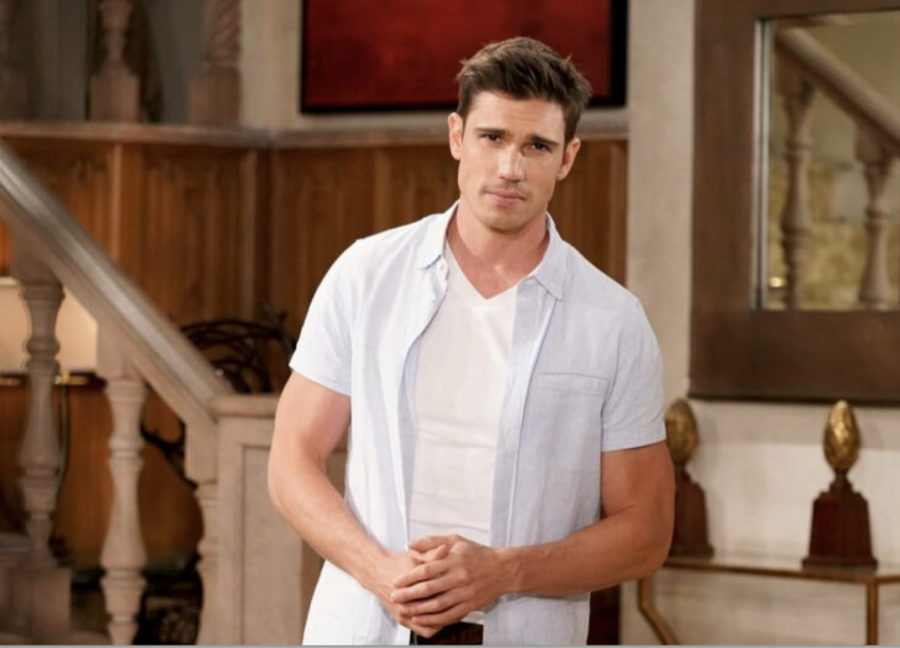 The Bold and the Beautiful spoilers say that if there’s one person who is in a very difficult situation right now, it’s Dr. John Finnegan (Tanner Novlan). That’s because he didn’t only fall in love with his patient Steffy Forrester (Jacqueline MacInnes Wood), but he might also be responsible for her downward spiral. Here’s what you need to know.

The Bold and the Beautiful Spoilers: Finn Can’t Help Responsible For Steffy’s Downfall

In a new interview with Soap Opera Digest, Tanner Novlan, who plays Dr. Finn on the hit CBS soap, knows that his character feels like he’s in between a rock and a hard place. That’s because he wants to help Steffy because he’s her doctor, but he also wants to help her because he might love her, too. However, Steffy might be using this love of his, as she is using her prescription for pain medication to not only help her physical pain, but also the emotional one that she’s kept bottled up inside for so long.

Tanner tells the publication that he knows his character is going to have a hard time defending himself, especially since he is partly responsible for Steffy’s downfall. Being the good guy that he is, Finn definitely feels bad.

The actor puts it this way, “First of all, as her doctor, he feels terrible he missed the signs. Here, he thought he was keeping a close eye on his patient, who he also has feelings for. Right there, that’s not a good thing. But he had no idea that she getting pills on the side – and even when she’s asked him for another refill, he agreed because he didn’t want to see her in pain, even it if was against his better judgment.”

The Bold and the Beautiful Spoilers: 3 Reasons Why B&#038;B Quinn’s Plan To Use Shauna Will Backfire #bb #boldandbeautiful https://t.co/lvghDGEwRW

The Bold and the Beautiful Spoilers: Steffy Can’t Fight This Battle On Her Own Anymore

The Bold and the Beautiful spoilers indicate that now that Steffy’s crisis is out in the open, Finn is determined to get her well again. But it might not be easy. With both her brother Thomas Forrester (Matthew Atkinson) and Liam Spencer (Scott Clifton) in the picture, Finn will be facing a lot of opposition. Fans will have to tune in for all of the action!