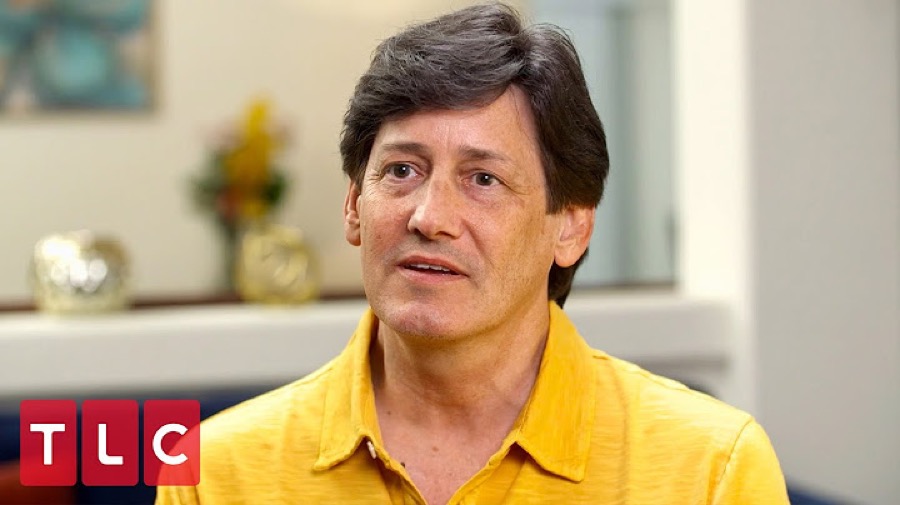 TLC’s “90 Day Fiancé-Before The 90 Days” star David Murphey teases a return to TLC, possibly in a spinoff, and possibly along with his Ukranian girlfriend Lana.

90 Day Fiance – David And Lana Were Featured In Season 4

Viewers of the show will recall that David and Lana’s twisty story was featured in Season 4. David recently revealed on Instagram that there may be a future show featuring the couple. The two had a very odd love story-he dated her for seven years without meeting her. They had met on a foreign dating website and had only communicated through messages. They never had a video call and had never met each other face to face during that whole time.

David made four attempts to meet Lana, also known as Svetlana, in person. She always canceled at the last minute or he went and she didn’t. Fans were starting to smell a rat. They wondered if David was being catfished, and that “Lana” didn’t exist at all! After all, he’d spent over $100, 000 on her over time! Finally, by the end of season four, David as well as the viewers finally saw Lana! David proposed, and surprisingly – or, perhaps not so surprisingly – Lana accepted! Sadly, David revealed on the tell-all that he and Lana weren’t doing so well. Not only that, but she was still active on the dating website, implying she was still looking for love.

Then, later he and Lana got back together, and David confirmed it. On Instagram Live, he dropped hints that a spinoff may be in his and Lana’s future. Another fan asked him through Monsters and Critics if he had bought his RV yet since that had been a dream of his. He told the fan he hadn’t bought the RV yet, and let slip that there may be a future show. He said he couldn’t talk about it. However, TLC may not view it as an exactly lucrative opportunity to give David and Lana their own spinoff.

Fans of the couple may be disappointed, but it’s always all about the money! However, there does appear to be a strong chance of David and Lana appearing on a future season of “90 Day Fiancé-Before The 90 Days” or another spinoff, possibly a Pillow Talk. Like many other couples on the show, there is a huge age gap between the two, David being 60 and Lana being 28.

I wonder if David ever gets tired of his own excuses and rationalizations…..#90dayfiance #b90strikesback pic.twitter.com/DZ0yIvyxoH

Age gaps in couples seem to be interesting and provide drama, although usually, it’s an older woman with a younger man in the “90 Day Fiancé” world. David has recently stated that they are still on speaking terms. It hasn’t been confirmed if they are still a couple or engaged, however. The coronavirus pandemic kept him from making another trip to Ukraine. In addition, David said that the USA had not been processing K-1 visas lately, although they did apply for a tourist visa. He said Lana should hear in a few weeks about hers.

Stay tuned to “90 Day Fiancé-Before The 90 Days” on TLC, and check back here frequently for all the latest news, updates, and gossip about all your fave “90 Day Fiancé” shows and stars!