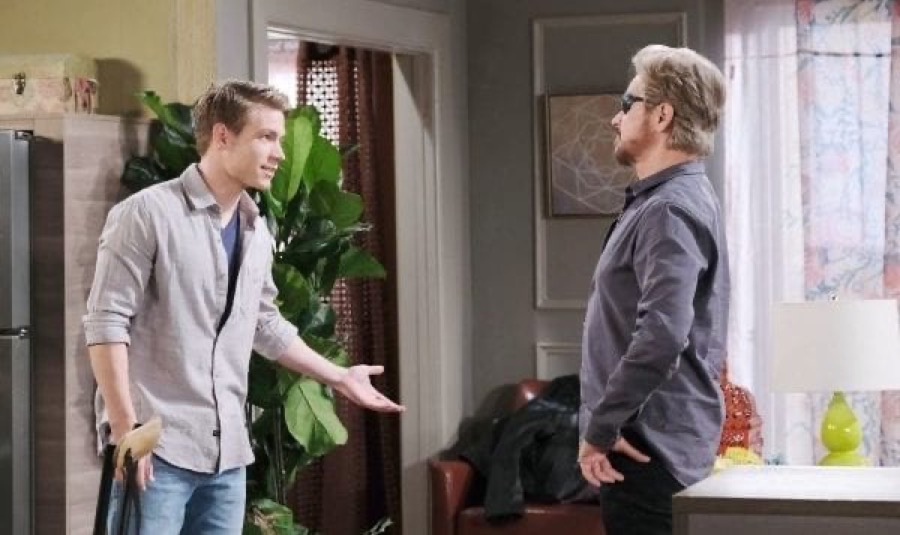 Days of Our Lives spoilers say that Tripp Dalton (Lucas Adams) is doing whatever he can to defend his good name, and says that he didn’t rape Allie Horton (Lindsay Arnold) during their time in London together. In fact, he tells his side of the story about what happened during their time across the pond. Here’s what you need to know.

In the latest edition of Soap Opera Digest, actor Lucas Adams, who plays Tripp on the hit NBC soap, says that his character and Allie met at a nightclub. After going back and forth about whether or not Allie wanted to dance with him, Tripp asked her if he could see her later on that night. Ultimately, they hang out for a while and went home and that’s when he left. Tripp says that he has not seen her since.

Days Of Our Lives News Update: Is Lindsay Arnold About To Get A Musical Storyline?

However, Days of Our Lives spoilers say that Tripp is still understandably baffled by the strange encounter he had with Allie. He doesn’t know what he did that night, and he thinks that Allie must think he’s someone else. To complicate the situation, even more, Tripp is taken aback when he finds out that Allie had a baby, as he believes there is no way that he could be the father.

Speaking to Soap Opera Digest, Lucas puts it this way, “It’s obviously not his, but it’s surprising to him that she has one in general because she was drinking so much that night, it’s like ‘Oh, man, she wasn’t close to being pregnant at that point and now she has a baby? It’s a big shock to him.”

Days Of Our Lives Spoilers: 5 Things You Didn’t Know About #DOOL Sal Stowershttps://t.co/fCFCT7MZzN

Days of Our Lives Spoilers: Can Tripp Get Himself Out Of This Situation?

Days of Our Lives spoilers say that’s when Lani Price (Sal Stowers) enters the picture after Allie accused Tripp of rape. She says she needs to question Tripp down at the station. When Lani tells Tripp that Allie claims her raped her, he’s extremely confused. He is adamant that all that happened was that he took her home and left. But will Lani and the rest of Salem believe him? Fans will find out soon enough! Days of Our Lives airs weekdays on the NBC network. Check your local listings for times.