The Bold And The Beautiful Spoilers: Zoe And Carter Falling In Love – Hot New B&B Couple 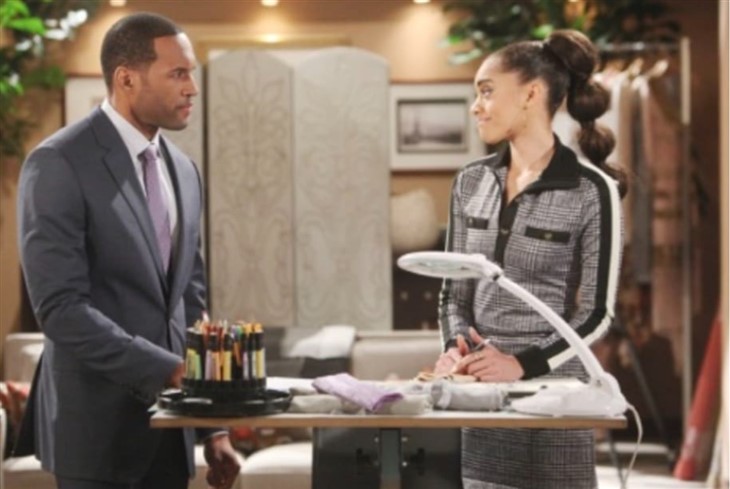 The Bold and the Beautiful spoilers document that Zoe Buckingham (Kiara Barnes) is still hurt by Thomas Forrester’s (Matthew Atkinson) actions. Zoe isn’t sure that she can ever get over what happened but did have a pleasant conversation with him. His heartfelt apology served to likely close the book on Thoe.

Carter Walton (Lawrence Saint-Victor) is clearly a better option than Thomas. For one thing, Carter is rational. For another, he’s actually falling in love with Zoe.

Thomas did seem honest when he was telling Zoe that he cared for her. But Carter doesn’t see Zoe as some secondary option. She’s become his number one priority. Thomas can’t ever claim that he thought of Zoe in that way.

The Bold And The Beautiful Spoilers – Thomas Forrester Is Needy

As long as Thomas isn’t with another woman, he’ll likely be looking for one. He needs a stable person to lean on, as his history of chaotic behavior implies that further mothering will be needed moving forward.

Zoe, like Hope Spencer (Annika Noelle) before her, was filling the role of a romantic interest. As noted, Zoe was Thomas’s backup plan. But both ladies also found themselves needing to take care of Thomas as though he were still in his youth.

B&B Spoilers And Updates – Carter Walton Is Secure In Himself

It’s been nice to see Carter begin to pursue personal life growth. One aspect of this effort has been the quiet, respectful nature in which he’s approaches Zoe. She’s taken notice and is extremely flattered. The style contrasted with Thomas’ loud approach.

Considering all that Zoe went through and was forced to be connected to, regarding her father’s (Reese Buckingham, Wayne Brady) illegal dealings, Carter offers a genuine sense of stability and peace.

The Bold And The Beautiful Spoilers – Zoe Buckingham Regaining Control

Zoe’s working relationship with Hope is the strongest sign that Barnes’ character is making progress. She’s demonstrated that trust can be regained and that the future can offer redemptive opportunities.

The Bold And The Beautiful Spoilers: Steffy Forrester Not Addicted In ‘Days,’ It’s Been Weeks In Soap Timehttps://t.co/hCwq1rij8u

Along with her again flourishing career at Forrester Creations, Zoe is regaining control of her life by focusing on romance. Carter is a good guy. He projects as a possible husband if all goes well. Thomas was never going to properly fill that role.