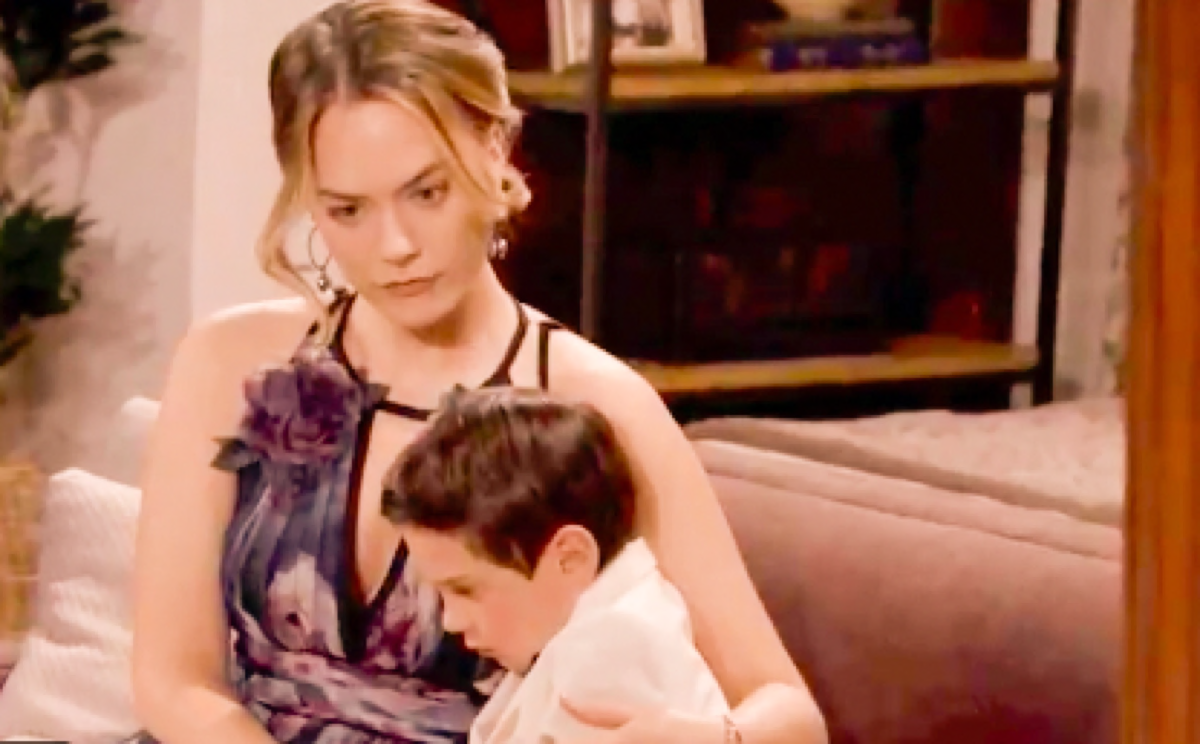 The Bold and the Beautiful spoilers reveal Douglas Forrester (Henry Joseph Samiri) might be just as obsessed with Hope Logan (Annika Noelle) as his father. For a long time, fans have focused on the villain doing everything in his power to make Hope his own.

Children will often imitate what they see and there’s a possibility that Douglas’ love for his adoptive mother is actually an obsession.

The Bold and the Beautiful Spoilers – Thomas Forrester’s Relentless Scheming

B&B spoilers reveal that Thomas continues to scheme to make a family for his son. However, just not any woman will do. For some reason, it can only be Hope. His latest scheme was really over-the-top, with the villain pretending to move on with Zoe Buckingham (Kiara Barnes) and even arranging a wedding. He thought that it would force Hope to agree to be his wife in order to make Douglas happy.

However, Thomas doesn’t just use adults in his scheming. He even manipulates his own little boy. This isn’t the first time that this has happened. Thomas will go as far as to intimidate and threaten the child. If he wants to keep Hope as his mom, then Thomas basically is forcing him to convince Hope to marry Thomas.

The Bold and the Beautiful Spoilers – A Child’s Wish

The Bold and the Beautiful spoilers reveal that Douglas doesn’t want to lose Hope as his mother. Just because Thomas is marrying someone doesn’t mean Hope will disappear from his life. However, that is exactly what Thomas has convinced the child of, and he could be creating a little monster.

The Bold And The Beautiful Spoilers Monday, March 16: Douglas Has A Surprise For Liam & Hope – Steffy Comes Clean To Brooke & Ridge About The Kiss #bb #Boldandbeautifulhttps://t.co/1b8p6OxVVg

It’s one thing for a child to love their adoptive mother, but this seems to teeter on the edge of obsession. The boy can’t do anything or go anywhere unless Hope is right there with him. Instead of playing with other children, he has to be glued to Hope’s side 24/7. It seems that this is definitely turning an innocent little boy into an obsessed child. As he grows up, just how twisted and warped will that obsession get?

Even though Douglas loves baby Beth Spencer (River Davidson and Madeline Valdez), what happens if Hope and Liam Spencer (Scott Clifton) have another baby? It will take the focus off of Douglas and he might not like that very much. We will have to see what happens to Douglas as he grows older.