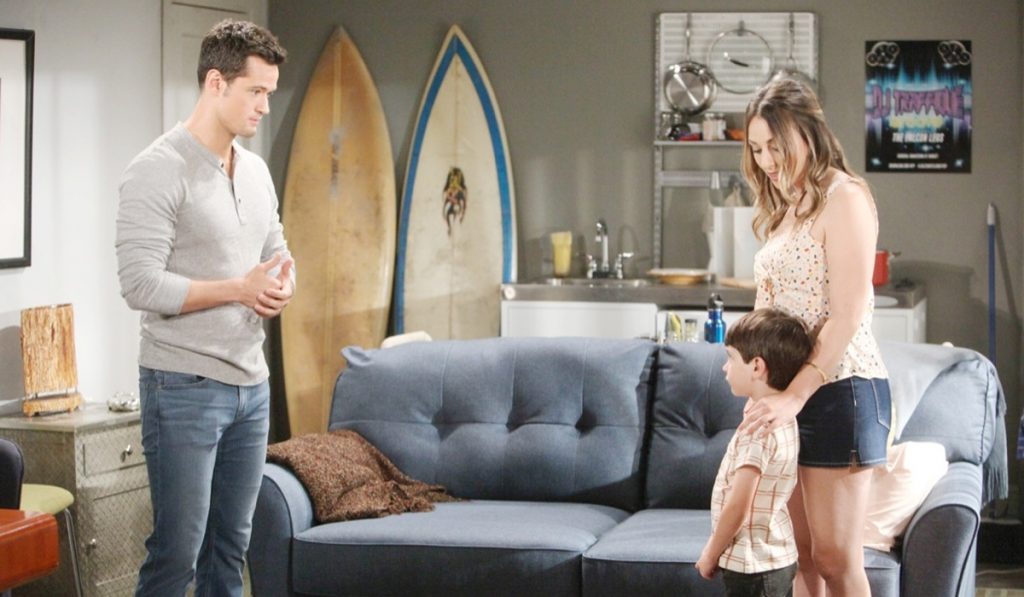 The Bold and the Beautiful spoilers for Wednesday, February 12, tease that Zoe Buckingham (Kiara Barnes) will get a big surprise. As B&B viewers know, she’s celebrating her birthday, and Thomas Forrester (Matthew Atkinson) gave her a beautiful red rose for the occasion. But he’ll have much more planned for her, including a surprise birthday bash at Forrester Creations.

It seems that Thomas will have arranged a birthday party for Zoe, and Douglas Forrester (Henry Joseph Samiri) and Hope Logan (Annika Noelle) will be present, among others.

But there will definitely be more to this party than a simple birthday celebration, as Thomas has a big ulterior motive. He’s planning on provoking a big reaction from Douglas when Douglas sees him together with Zoe for the first time.

Thomas is pretty sure that seeing him lavish all his affections onto Zoe will sufficiently upset the little boy, who would much rather see his father with his Mommy Hope. Thomas is hoping that Hope will see Douglas’ reaction, and that this will get her thinking about what’s best for Douglas.

Well, the Bold and the Beautiful spoilers say that Thomas’ canoodling with Zoe at the birthday bash will definitely get a reaction out of Douglas, and out of Hope as well. It seems that Hope will ultimately confront Thomas about how he’s hurt Douglas and that Thomas will turn the tables on her pretty quickly. He might point out that he has every right to find happiness…even if it’s not with her.

Of course, Sally has demanded that Katie not breathe a word about her diagnosis to anyone, and especially not to Wyatt. But it seems that Katie will feel that she’s got to spill Sally’s news. After all, right now Sally seems determined to go it alone and not share her diagnosis with anyone, even though she only has about a month left to live.

Well, on Wednesday’s episode of B&B, Sally will tell Wyatt everything, and he’ll be absolutely devastated by the news. Of course, he’s known for a while that something has been going on with Sally, but he chalked it up to stress and never imagined that she would wind up having a terminal illness.

Wyatt will surely want to go to Sally and shower her with his support, although he might find himself wondering about whether that’s really a good idea at this point. He’ll probably not know what to do, so perhaps Katie can offer him a little advice. B&B spoilers also say that he’ll get some support from Flo Fulton (Katrina Bowden) about the matter, so it looks like he’ll share the news with her as well.

We’ll see how Wyatt handles things from this point on. As B&B viewers know, Sally doesn’t want Wyatt to feel pity for her or feel like he needs to be there for her out of obligation. Perhaps Wyatt will be able to make her see that he wants to be there out of love for her – after all, Wyatt still cares deeply about Sally, and he’ll surely want to be there for her in the time that she has left.